PARIS, June 12 (Sputnik) - The French Ministry of Defense announced on Friday it had fired a ballistic missile across the Atlantic Ocean. The M51 submarine-launched missile (SLBM) was monitored by French and US forces, and the test was hailed as a “success” and “essential to French nuclear deterrence” and sovereignty.

On Friday, the French missile submarine Le Téméraire fired an M51 SLBM off the western coast of France toward the Caribbean Sea, the French Defense Ministry announced.

Le Téméraire is the second-oldest of France’s four Triomphant-class ballistic missile submarines, launched in 1998. Each of the subs can carry 16 SLBMs. In turn, the M51 carries a payload of between six and 10 multiple independently targetable reentry vehicle (MIRV) nuclear warheads, meaning each Triomphant boat could potentially deliver 160 separate nuclear strikes.

However, according to the Arms Control Association, a US-based non-governmental group, Paris has just 300 nuclear warheads available for use. The defense ministry noted no warhead was aboard Friday’s test missile.

A few days before the test, Le Téméraire was spotted leaving port with huge testing antennae attached to its sail, with observers noting they were of the kind used for missile tests.

Defense Minister Florence Parly hailed the test in a Friday statement on Twitter, saying its success “demonstrates our technological excellence and our attachment to French sovereignty. I congratulate all those whose commitment has made this test a success. Their involvement is essential to French nuclear deterrence and to our sovereignty.”

​According to French defense observers, the missile traveled 3,700 miles to splash down in the western Sargasso Sea, roughly 400 miles north of Puerto Rico.

At about the same time as the test, airplane tracking service Aircraft Spots noted two electronic intelligence aircraft in the vicinity of the splashdown site: a French Navy Falcon 50 and a US Air Force RC-135S Cobra Ball, the latter of which is explicitly used for tracking missiles.

​According to Defense News, this was just the ninth launch of an M51, which was first fired in 2006. 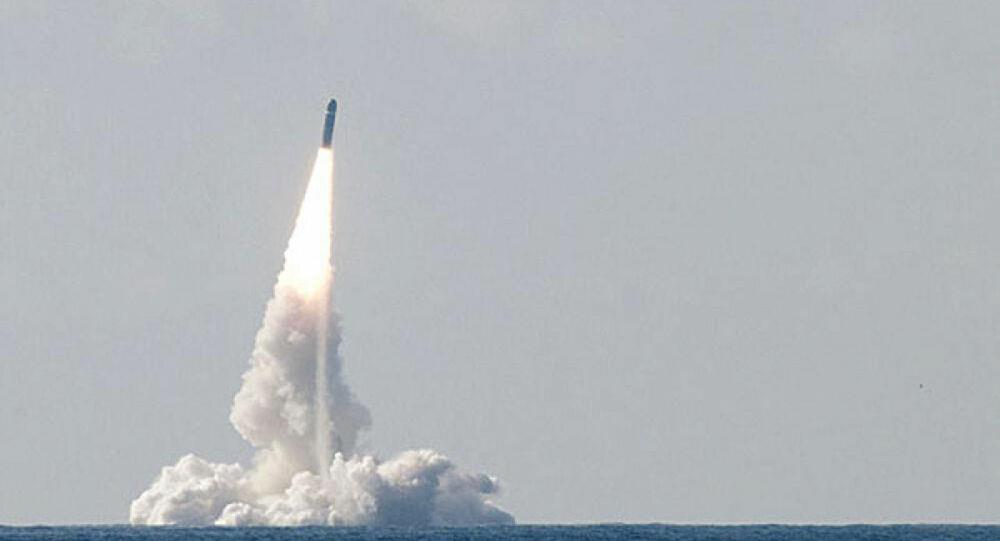