NEW YORK, June 12 (Xinhua) -- Governor of the U.S. state of New York Andrew Cuomo on Friday signed into law a series of police reform bills that will ban chokeholds by police and allow for transparency of officers' disciplinary records.

The "Say Their Name" reform agenda followed the death of George Floyd in custody and an ongoing pattern of police brutality against minority communities across the nation.

The agenda will also prohibit false race-based 911 reports, and designate the state's attorney general as an independent prosecutor for matters relating to the deaths of unarmed civilians caused by law enforcement.

"The murder of George Floyd was just the tipping point of the systemic injustice and discrimination that has been going on in our nation for decades, if not centuries," said Cuomo at his daily briefing.

He said these reforms will "make long-overdue changes to our policing and criminal justice systems while helping to restore community confidence in law enforcement."

Meanwhile, the governor said he will sign an executive order requiring local governments to develop plans that "reinvent and modernize police strategies" and address excess use of force and bias, among others.

Cuomo said he will end funding for local governments that fail to do so by April 1, 2021.

"Sit down at the table with the local community, address these issues, get a plan, pass that plan by your local government. And if you don't you're not going to get any additional state funds," said the governor. 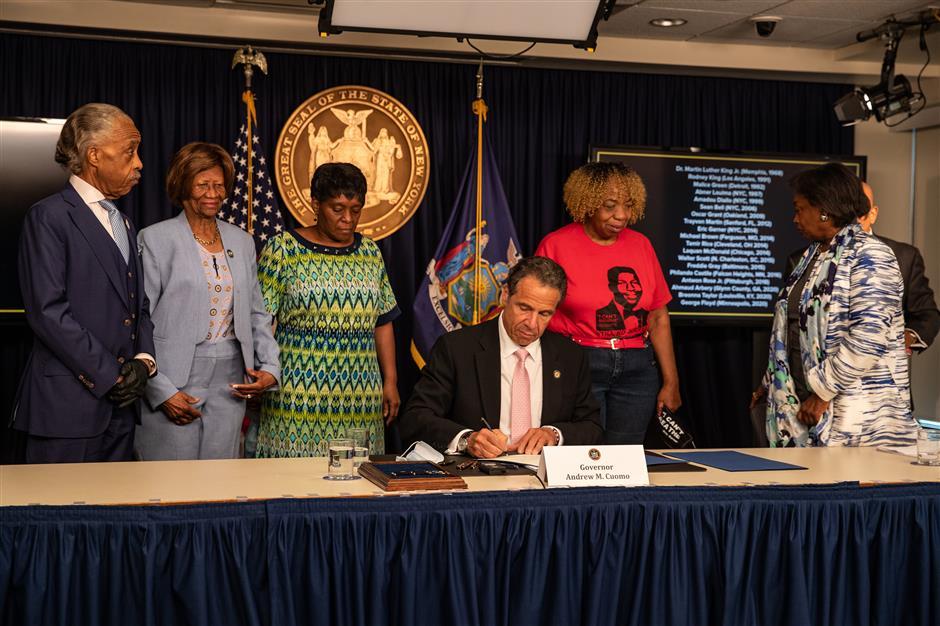