RIO DE JANEIRO, June 12 (AFP) - Brazil on Friday (Jun 12) claimed the unenviable position of having the second-highest coronavirus death toll in the world behind the United States, where several states have posted record daily case totals, signalling the crisis is far from over.

Brazil's health ministry recorded 909 deaths in the past 24 hours, putting the total at 41,828 - meaning the country of 212 million people has surpassed Britain in terms of virus-linked fatalities.

Experts warn the actual number of cases in Latin America's biggest economy could be many times higher than the confirmed figure of 828,810.

Brazil has emerged as a new epicentre in the world's battle with the novel coronavirus, which emerged in China late last year.

The country's President Jair Bolsonaro has dismissed the deadly virus as a "little flu", and berated state officials for their virus lockdowns.

In Central and South America, more than 1.5 million people have been infected - and more than 70,000 of them have died - with no signs of the disease slowing. 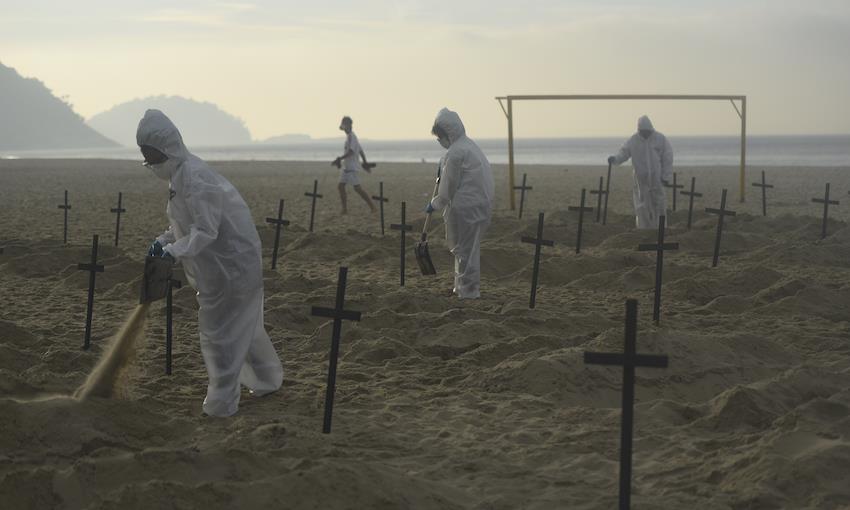