ATLANTA, June 14 (CGTN) -Atlanta's police chief resigned on Saturday, the city's mayor said, as protesters took to the streets hours after the fatal shooting Friday night by police of a black man who had fallen asleep in his car at a Wendy's fast-food restaurant drive-thru line.

Mayor Keisha Lance Bottoms said she accepted the resignation of police chief Erika Shields after the killing of Rayshard Brooks, 27, of Atlanta. Dozens of protesters gathered Saturday afternoon around the spot south of downtown where the man was shot and killed.

"I do not believe that this was a justified use of deadly force and have called for the immediate termination of the officer," Bottoms said at a news conference.

Atlanta's police did not immediately respond to a request for comment. Authorities have not yet released the names of the two officers involved in the shooting, both of whom were white.

The Georgia Bureau of Investigation (GBI), which is investigating the shooting, said the deadly confrontation started with officers responding to a complaint that a man was sleeping in a car blocking the restaurant's drive-thru lane. The GBI said Brooks failed a field sobriety test and then resisted officers'attempts to arrest him. 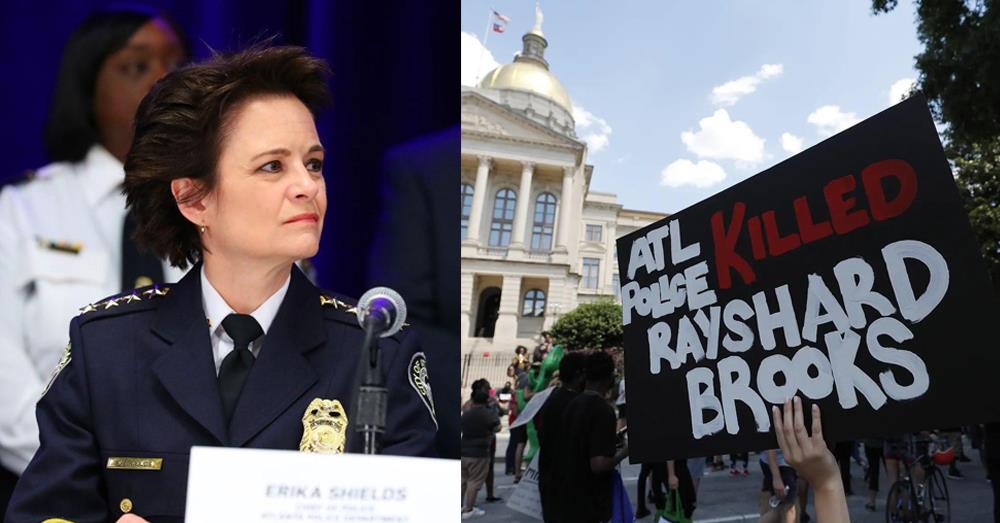