The Department of Justice alleged in its suit, filed in federal court in Washington, that publication of the book risks "compromising national security" through revelation of classified information that Bolton had access to during his turbulent 17-month stint in the White House.

The book, The Room Where It Happened: A White House Memoir, is due to hit the shelves next Tuesday.

Bolton, a veteran Washington insider and a controversial figure for his longtime hawkish views, was a close advisor to President Donald Trump.

He is believed to have taken meticulous notes during his various meetings with Trump and other senior personnel.

After the two had a public falling out, Bolton in January threatened to become a prime witness against Trump in the US leader's Senate impeachment trial, but only if the Senate issued a subpoena for his testimony.

The administration pressured the chamber's Republican majority, and the opposition Democrats fell short of the necessary votes to issue a subpoena compelling Bolton to testify.

Bolton left in September after disagreeing with Trump's diplomatic outreach to adversaries, notably North Korea and Afghanistan's Taliban. Since then the two have become openly hostile and Bolton's book has been touted as a tell-all from the Oval Office.

"This is the book Donald Trump doesn't want you to read," teased publishers Simon and Schuster.

In particular, Bolton alleges that Trump committed a host of impeachable offenses beyond pressuring Ukraine to investigate his political rival, Democrat Joe Biden. 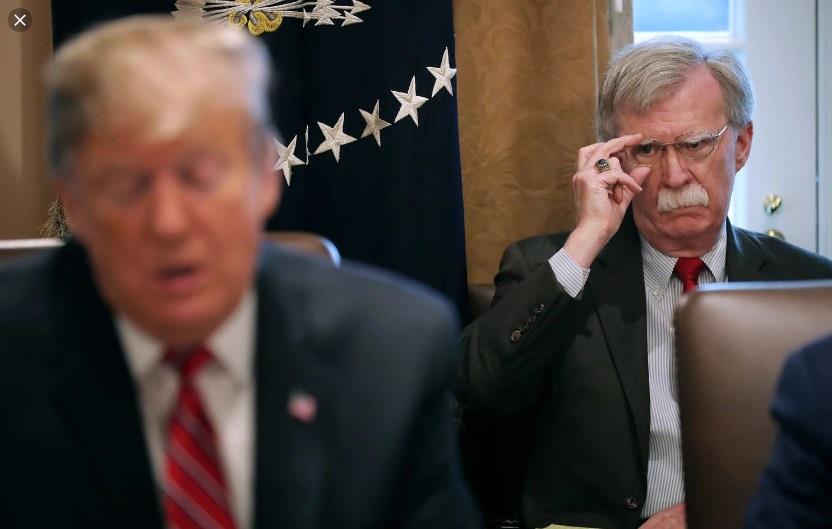