WASHINGTON, June 16 (Sputnik) - US lawmakers have asked the US Navy to draw up plans for a next-generation, carrier-based fighter capable of the kind of long-range interceptions necessary to defeat Chinese naval strike forces, which have prioritized ultra-long-range missiles. However, Congress previously gutted the Navy’s program for doing so.

In its version of the 2021 National Defense Authorization Act (NDAA), the colossal spending bill given to the Pentagon each year, the Senate Armed Services Committee (SASC) has asked the Navy to create a restructuring plan for naval aviation capable of taking on Chinese air forces.

The document, which the SASC released on June 10, “requires the Navy to create a fighter aircraft force structure acquisition strategy and report on aircraft carrier air wing composition and carrier-based strike fighter squadrons to better prepare for potential conflicts envisioned by the National Defense Strategy,” which in 2018 outlined how US strategy must shift toward preparing for a major war against China or Russia.

However, the request comes after Congress slashed the budget for the Navy’s next-generation air dominance (NGAD) program by two-thirds earlier this year, from $20.7 million to $7.1 million, downsizing the program that would be tasked with creating just such a plan.

According to Defense News, the harsh cuts might have been prompted by the Navy canceling a planned order of 36 F/A-18E/F Super Hornets with the intention of shuffling the $4.5 billion set aside for the planes into the NGAD program instead.

In a 2018 report by the Center for Strategic and Budgetary Assessments (CSBA) titled “Regaining the High Ground at Sea,” academics argued that the US Navy would have to revive and adapt the Cold War-era concept of “outer air battle” if it expected to survive a shootout with Chinese forces.

The CSBA notes that during the Cold War, a carrier air wing was required to patrol at least 200 nautical miles from the fleet if it expected to intercept Soviet bombers before they could fire their anti-ship missiles. Today, however, with the slew of ultra-long-range weapons developed by the Chinese People’s Liberation Army Rocket Force, the Navy will have to push its patrols out to between 800 and 1,000 nautical miles from their motherships if they hope to intercept Chinese bombers before they launch.

However, the plane that has become the Navy’s bread-and-butter aircraft, the F/A-18 Hornet, barely has a range of 500 miles. The upcoming MQ-25 Stingray drone, which the Navy hopes to use as an aerial refueler, would definitely push that range out further, but ultimately what the Navy needs is a new long-range aircraft.

The Navy’s special version of the F-35 Joint Strike Fighter, the F-35C, has a range of nearly 1,400 miles, but the service is expected to procure just 260 of the stealthy jets and the Marine Corps another 67.

“The focus should be on the F/A-XX. If you really want range, that has to be the platform you are shooting for,” former Deputy Secretary of Defense Bob Work told Defense News in 2019. “Because with the Navy buying the F-35Cs, and the Marine [Corps] buying the F-35Bs and the Navy buying the Block III Super Hornet, you are not going to be able to afford two or three programs. So, the F/A-XX is the one you need to focus on.”

“If the analysis shows you need range, that points to unmanned,” Work added. The Navy has also been testing piloting unmanned aircraft remotely, as it did earlier this year when an E-18 Growler, a modified F/A-18 equipped for electronic warfare, was able to control two other unmanned Growlers during a test at a Maryland air base.

The F/A-XX is a nebulous term for a prospective sixth-generation fighter, but more likely “a family of NGAD systems” that would replace the F/A-18 and other similar aircraft by the 2030s, USNI News reported. 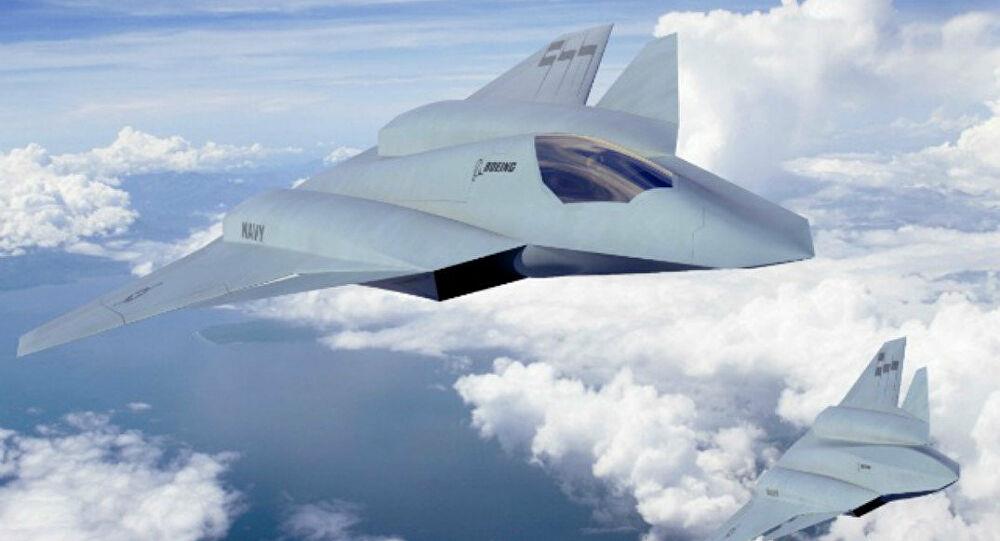