WASHINGTON, June 20 (Sputnik) - New federal legislation should be established that would punish those who burn the United States flag with one-year jail terms, US President Donald Trump said.

The president referred to an incident that took place in the city of Portland on Thursday evening which saw protesters topple a statue of George Washington. According to video footage from the incident, a US flag was wrapped around the statue and set alight.

Statues and monuments commemorating individuals linked with slavery or racism have become a major target of Black Lives Matters demonstrators in the wake of George Floyd’s death on 25 May in the city of Minneapolis. 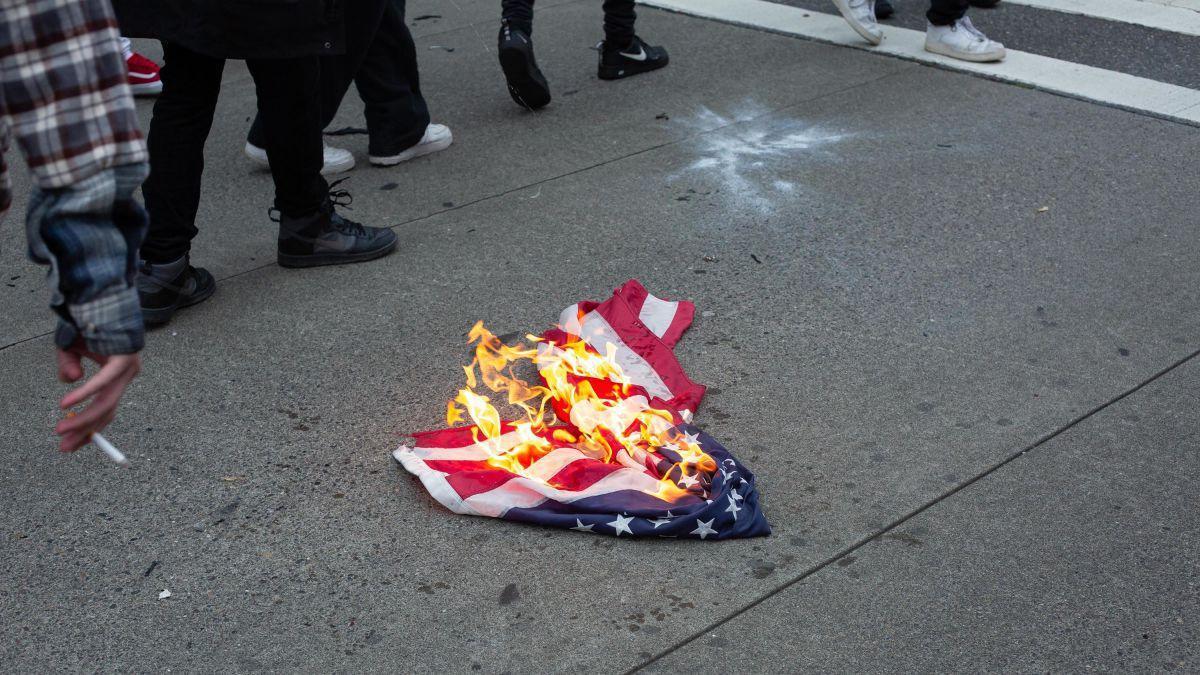