Trump Says He Held off Xinjiang Sanctions due to Trade Talks: Report

WASHINGTON, June 21 (Reuters) - President Donald Trump held off on imposing tougher sanctions on Chinese officials blamed for a crackdown on China’s Uighur Muslim minority because of concern such measures would have interfered with trade negotiations with Beijing, he said in an interview published on Sunday (Jun 21).

"Well, we were in the middle of a major trade deal. And I made a great deal, US$250 billion potentially worth of purchases,” Trump was quoted as telling Axios on Friday when asked why he had not enacted Treasury sanctions against Communist Party officials linked to repression in the Xinjiang region.

The United Nations estimates that more than a million Muslims have been detained in camps there. The State Department has accused China of subjecting Muslims to torture and abuse.

US officials previously told Reuters that since late 2018 they had weighed sanctions against Chinese officials over Xinjiang but refrained because of trade and diplomatic considerations.

Under a Phase 1 trade deal negotiated in 2019 that took effect in February, China agreed to buy at least US$200 billion in additional US goods and services over two years.

Trump has denied the accusations.

The United States since last year has placed import restrictions on some Chinese companies and visa bans on unnamed Chinese officials linked to Xinjiang but has not imposed harsher Treasury sanctions.

Trump signed legislation last Wednesday calling for sanctions over Xinjiang, drawing threats of retaliation from China. He insisted, however, he had discretion to decide any application of the measures. 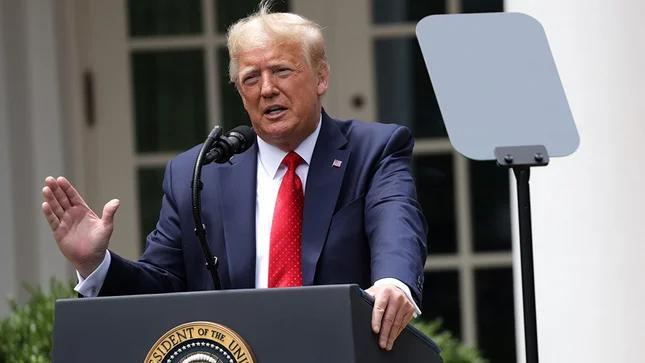