Australia Reports First COVID-19 Death in More than a Month

SYDNEY, June 24 (Reuters) - Australia's second most populous state on Wednesday (Jun 24) said a man in his 80s died overnight from COVID-19, the country's first death from the coronavirus in more than a month, as the state logged a double digit rise in cases for the eighth straight day.

The upswing in new cases in Victoria has sparked fears of a second wave, with 241 cases in the state so far identified as community transmission, an increase of eight from Tuesday.

Authorities in Victoria, which has become the virus hotspot in Australia, have been trying to contain the spread of the virus in half a dozen suburbs in the largest city of Melbourne hit by a spike in cases.

The state on the weekend extended its state of emergency for another month and reimposed restrictions on gatherings to stem a spike in coronavirus infections after seeing a sharp rise in daily infections.

Despite the spike in cases in Victoria, the neighbouring state of New South Wales (NSW) said it would not introduce a hard border closure between the states.

NSW Premier Gladys Berejiklian, however, urged people in the state to avoid travelling to its southern neighbour.

After enforcing restrictions early in the coronavirus outbreak compared to most other countries, Australia began to ease its lockdown last month to revive its economy after a significant slowdown in infection rates.

Australia has so far escaped a high number of casualties from COVID-19, with just over 7,500 infections and 103 deaths, aided by strict lockdown measures and social distancing rules. 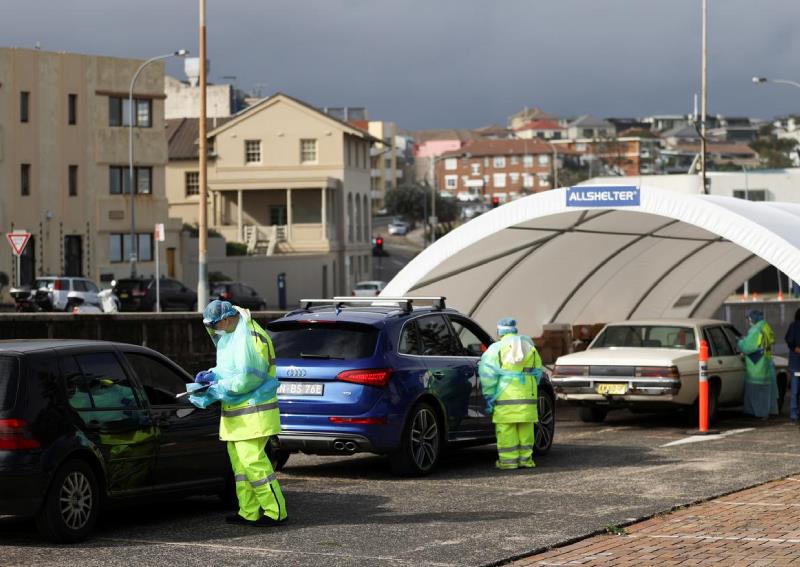