LOS ANGELES, June 23 (Xinhua) -- U.S. President Donald Trump celebrated the completion of 200 miles (around 320 km) of border wall along the border with Mexico during his visit to the southwestern state of Arizona on Tuesday.

The president flew to Yuma, a city in southwest Arizona, on Air Force One in the morning and then examined the tall metal fence amid dust and scorching heat, calling it "really foolproof." He signed a commemorative plaque recognizing the completion of 200 miles, a local news outlet, AZcentral.com reported.

"This is the most powerful and comprehensive border wall structure anywhere in the world. It's got technology that nobody would even believe, between sensors and cameras and everything else," said Trump, according to a press release from the White House.

Arizona is one of the battleground states in Trump's reelection campaign.

In his 2016 campaign for president, Trump had pledged to build "a great wall" along the U.S.-Mexico border.

During his presidency, Trump has maintained a hardline stance on immigration and border security, and pushed for a series of controversial measures, including erecting a border wall along the nation's southern border with Mexico, in a bid to deter illegal immigrants. 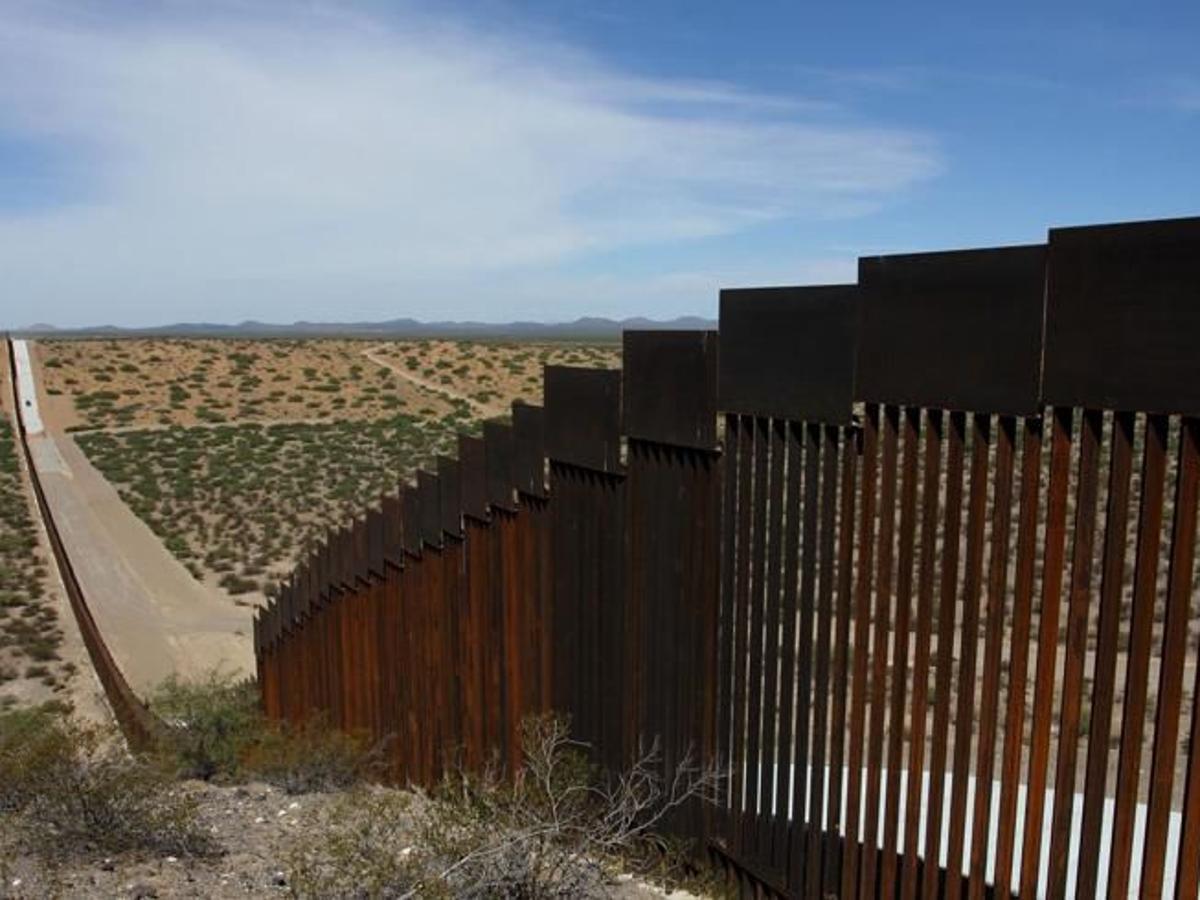