WASHINGTON, June 26 (Spuntik) - US President Donald Trump has announced via social media that he has signed "a very strong Executive Order" (EO) that is intended to protect US monuments, memorials and statues.

The US president argued on Friday that the recent "criminal violence" against statues and monuments should be met with long prison terms.

Hours prior to his EO announcement, Trump argued that 10-year prison sentences would be appropriate for the alleged vandals of the US President Andrew Jackson statue at Lafayette Square in Washington, DC.

If the US president's tweet becomes reality, those convicted could face more time behind bars than someone found guilty of involuntary manslaughter, which carries a maximum federal penalty of eight years in prison.

More than 1,000 miles across the country, authorities in Kansas City, Missouri, were confronted with a similar issue after the city's statue of Jackson, located outside of the Jackson County Courthouse, was vandalized on Thursday evening. However, Kansas City police were able to nab two suspects - both 25-year-old white men - before the day was over, according to local outlet KCTV.

Trump boldly made his apparent admiration for Jackson known to the country - particularly Native American code talkers - through an Oval Office portrait of the seventh president, who championed for the removal of Native Americans “from immediate contact with settlements of whites.”

Jackson’s aggressive approach and his signing of the Indian Removal Act laid the foundation for the “Cherokee Trail of Tears” - which resulted in the deaths of somewhere between 12,000 and 17,000 Native Americans, according to the Washington Post.

Open opposition to Confederate statues - and other memorials deemed racist - has emerged following the country's weekslong protests honoring Black victims of police brutality and associated demonstrations that have called for the defunding of police forces across the nation - an approach opposed by both Trump and Democratic presidential nominee and former Vice President Joe Biden.

During his June 20 campaign rally in Tulsa, Oklahoma, Trump called for his supporters to preserve the country's "heritage" as Confederate statues and symbols are being removed and banned across the country.

“If you want to save your heritage, you want to save that beautiful heritage of ours, we have a great heritage, we’re a great country,” he said during his campaign rally in Tulsa, Oklahoma, on June 20, alluding to the age-old “heritage, not hate” slogan used to support the continued flying of the Confederate battle flag. 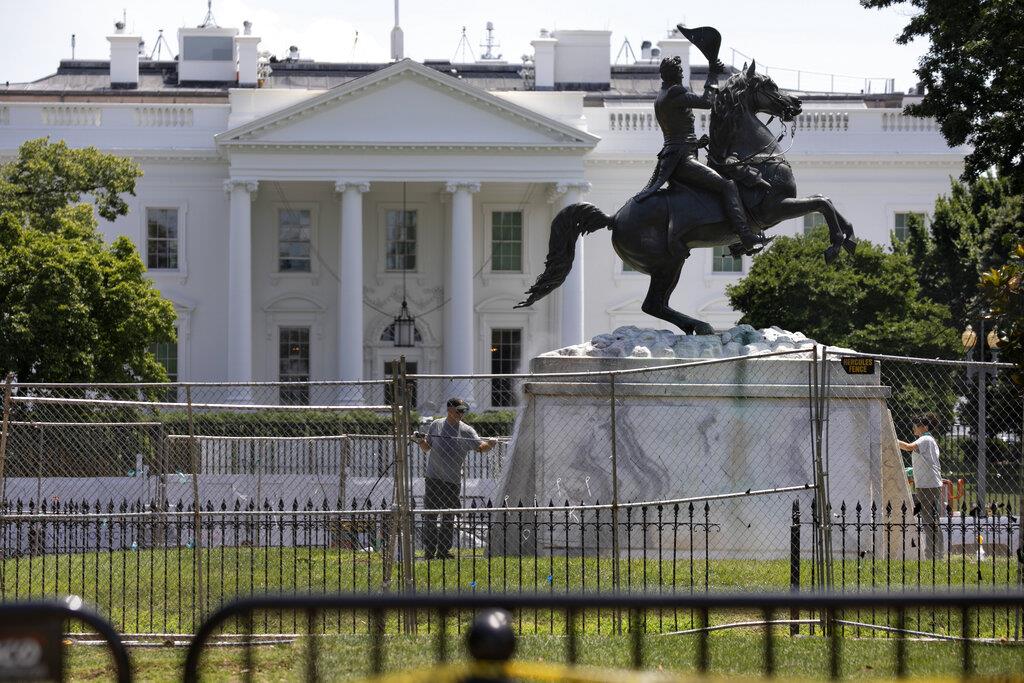