WASHINGTON, June 28 (CGTN) - The White House denied Saturday that President Donald Trump had been briefed on intelligence that reportedly showed Russia had offered bounties to Taliban-linked militants if they killed U.S. soldiers in Afghanistan.

The rewards purportedly gave incentives to the guerrillas to target U.S. forces, just as Trump tries to withdraw troops – meeting one of the militants' key demands – and end America's longest war.

Russia has also denounced the report, with its embassy in Washington tweeting that the "baseless and anonymous accusations" in the Times story had "already led to direct threats to the life of employees" at its embassies in Washington and London.

Russia has a tortured history in Afghanistan, where the former Soviet Union in its final years was bogged down in a devastating fight against Islamist guerrillas, then backed by Washington.

The Times said there were different theories on why Russia would support Taliban attacks, including a desire to keep Washington bogged down in war.

It said that the Russian unit may also be seeking revenge over the U.S. killing of Russian mercenaries in Syria, where Moscow backs President Bashar al-Assad.

According to the newspaper, the Taliban operation was led by a unit known as the G.R.U., which has been blamed in numerous international incidents including a 2018 chemical weapons attack in Britain that nearly killed Russian-born double agent Sergei Skripal.

It was first reported by The New York Times on Friday. The newspaper, citing anonymous officials, said that Trump was briefed on the findings in March, but has not decided how to respond.

Press secretary Kayleigh McEnany said "neither the President nor the Vice President were briefed on the alleged Russian bounty intelligence."

But she added: "This does not speak to the merit of the alleged intelligence but to the inaccuracy of The New York Times story erroneously suggesting that President Trump was briefed on this matter."

That left open the possibility such intelligence does exist.

Taliban and Russia deny the report

The Taliban have denied the report, reiterating that it was committed to an accord signed with Washington in February that paves the way for withdrawing all foreign forces from Afghanistan by next year.

The militants also said homemade explosives account for most fatalities among U.S. forces.

"The nineteen-year jihad of the Islamic Emirate is not indebted to the beneficence of any intelligence organ or foreign country," the Taliban said in a statement issued in Kabul.

The group, widely believed to have received years of support from Pakistani intelligence, also denied previous U.S. accusations it was given arms by Russia.

"The Islamic Emirate has made use of weapons, facilities and tools ... that were already present in Afghanistan or are war spoils frequently seized from the opposition in battles," it said. 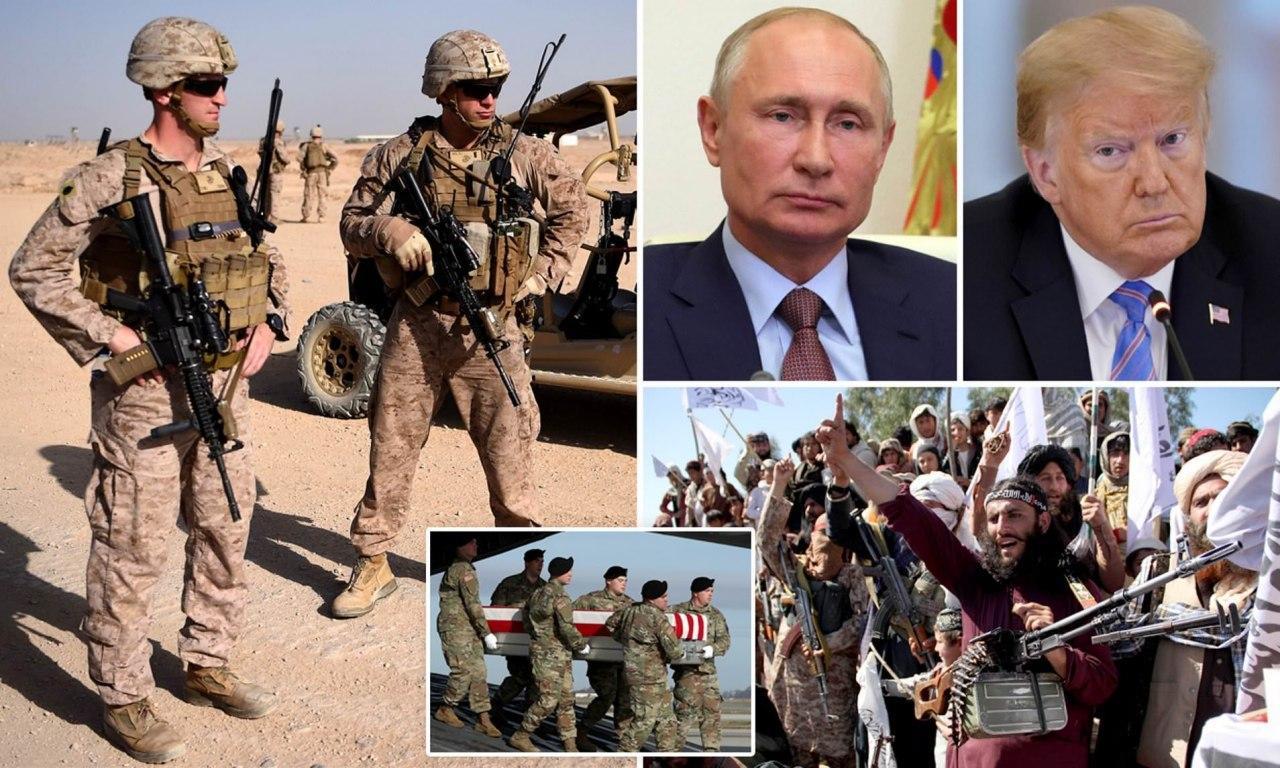