WASHINGTON, June 28 (CGTN) - Only two states in the U.S. have reported a decline in COVID-19 cases compared to last week.

Florida set a single-day record on Saturday with 9,585 new cases being reported. On Sunday, another 8,530 cases were reported. The state is among the country's new virus epicenters.

Florida Governor Ron DeSantis said Sunday the spike is tied to a swell in young people flouting social distancing rules. He's also in recent days blamed the rising numbers on an increase in COVID-19 testing. But the former CDC Director Tom Frieden addressed that issue with Fox News on Sunday, saying, "As a doctor, a scientist, an epidemiologist, I can tell you with 100% certainty that in most states where you're seeing an increase, it is a real increase. It is not more tests; it is more spread of the virus."

At least two counties in Florida have decided to close beaches over the fourth of July weekend, including Miami. To help contain the spread of the COVID-19, California Governor Gavin Newsom ordered bars to shut down in seven counties including Los Angeles.

The surge in U.S. COVID-19 cases is further fueling efforts to develop a vaccine. The U.S. plans to start its largest trials in July. 30,000 volunteers will test a government-created vaccine. Results of summer trials will give experts a better idea of how soon a vaccine may be ready for the public. Duke University health economist David Ridley told the Associated Press he doesn't believe a vaccine will become available by year's end.

Some U.S. lawmakers have voiced concern that President Trump could push out an unproved vaccine for the purpose of boosting his chances for reelection in November.

"We want a vaccine, not a headline," Sen. Jack Reed, a Democrat from Rhode Island, said at a recent Senate committee hearing.

In a separate House committee hearing last week, Dr. Stephen Hahn, commissioner of the Food and Drug Administration, promised lawmakers that any approvals of a vaccine would be based on science. 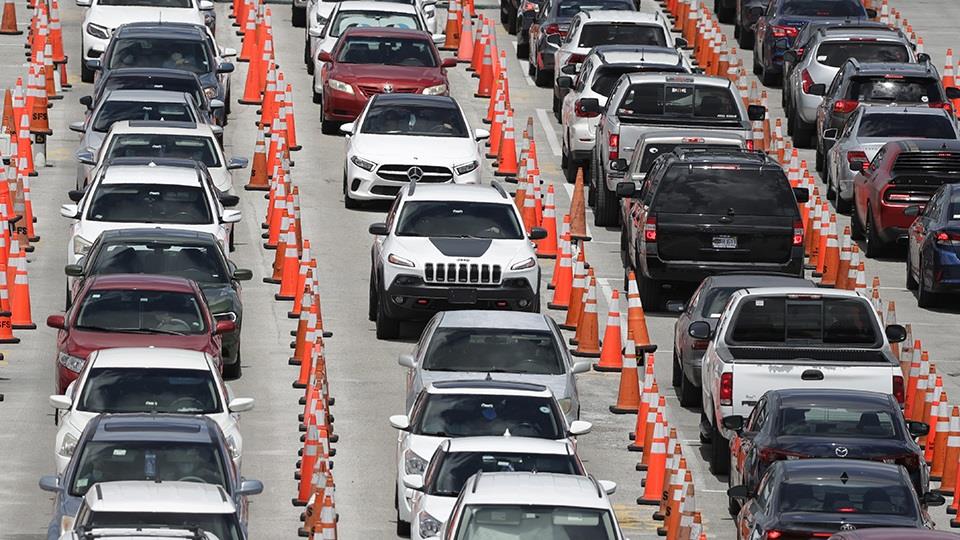