TAIPEI, June 30 (South China Morning Post) - China’s increasing belligerence towards Taiwan has raised questions about whether the US would really come to the island’s aid if it was attacked, with one former senior security official warning against “wishful thinking”.

In the latest incident, two PLA Xian H-6 bombers briefly approached Taiwan’s air defence identification zone from the east on Sunday after flying from the East China Sea through the Miyako Strait between the Japanese islands of Okinawa and Miyakojima, according to the defence ministry in Tokyo.

It was the 10th such incursion by the PLA warplanes in the past month and the 16th this year and observers said it was intended both to practise for any future attacks and send a warning to the US against supporting the island.

In response to the recent PLA incursions, the US has also sent a flurry of warplanes, mostly reconnaissance aircraft through Taiwan’s airspace, including six on Monday.

The SCS Probing initiative, a Peking University think tank, said the US operations were probably intended to monitor Chinese military activity in the Bashi Channel and South China Sea.

Taiwan’s defence ministry has stressed it has full control of movements in the air and sea surrounding Taiwan and asked the public to stay calm, but Su Chi, former secretary general of Taiwan’s National Security Council, said he was concerned about the current situation.

“Given the military imbalance between Taiwan and the mainland, the absence of cross-strait dialogue and no [efficient communication] mechanism in place between the US and the mainland, I am worried about the situation because anything could happen,” said Su, now president of Taipei Forum, a private think tank, said.

Su said he was particularly concerned about the Taiwan defence act recently proposed by senator Josh Hawley, saying it might give the island authorities false hope about the likelihood of the US coming to their rescue.

Beijing considers Taiwan a wayward province that must be returned to the mainland fold – by force if necessary.

It has suspended official exchanges with the island, stepped up its war games around Taiwan and poached seven of the island’s allies since Tsai Ing-wen, of the independence-leaning Democratic Progressive Party, became president in 2016 and refused to accept the one-China principle.

It has also repeatedly warned Donald Trump’s administration against supplying arms to and forging a closer partnership with the island, including military exchanges.

Hawley’s proposed Taiwan Defence Act calls for the US to live up to its obligations to help the island defend itself under the 1979 Taiwan Relations Act, which was designed to maintain substantive ties with Taipei after Washington switched formal diplomatic recognition to Beijing.

It also calls for the US Department of Defence to maintain the ability to defeat a PLA invasion – and particularly to guard against a Chinese “fait accompli” – and report regularly on its progress.

But Su, also a former head of the Mainland Affairs Council – Taiwan’s top cross-strait policy body – warned the Tsai administration to pay close attention to the wording. He said the phrase “fait accompli” referred to a situation where the US was no longer able to come to Taiwan’s rescue.

He said this included a takeover by the People’s Liberation Army before the US could respond, which would make any military response too difficult or costly for Washington.

He also warned that it would be “wishful thinking” to be certain that the US would come to the rescue in the event of a cross-strait conflict.

Su, a member of the opposition Kuomintang, said Beijing had given up on dealing with Tsai, saying her anti-mainland policy was leading to growing resentment.

He also warned that in the absence of cross-strait dialogue, the mainland may resort to a conflict strategy to bring about a “fait accompli”.

“The situation today is a lot grimmer than the time when [the DPP’s] Chen Shui-bian and [KMT’s] Ma Ying-jeou were presidents” between 2000 and 2016, Su said. 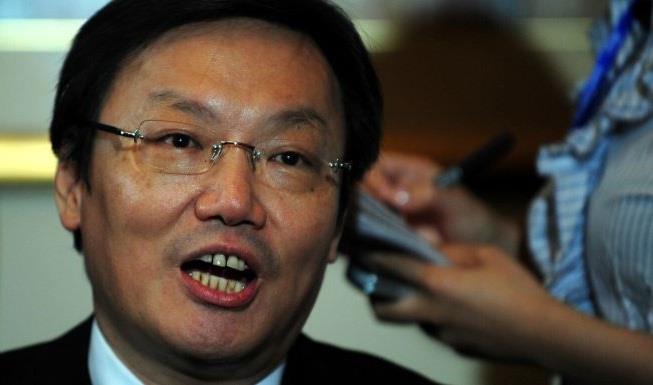