Russian Voters Back Reforms Allowing Putin to Stay until 2036

MOSCOW, July 2 (CGTN) - Russians opened the door to Vladimir Putin staying in power until 2036 by voting overwhelmingly for constitutional changes that will allow him to run again for president twice, but critics said the outcome was falsified on an industrial scale.

Official results, after 98 percent of ballots had been counted, showed that the former KGB officer, who has ruled Russia for more than two decades as president or prime minister, had easily won the right to run for another two six-year terms after the current one ends in 2024. That means Putin, 67, could rule until the age of 83.

The Central Election Commission said 78 percent of votes counted across the world's largest country had supported changing the constitution. Just over 21 percent had voted against, it said.

The amendments, announced earlier this year, had been passed weeks ago by Russia's parliament and copies of the new constitution were already on sale in bookshops, but Putin said voter approval was essential to give them legitimacy.

The reforms reset presidential limits, allowing Putin to run for president for two more terms when his current six-ear term expires in 2024.

In other areas, the constitutional changes would ensure that pensions rise over time and guarantee that the minimum wage does not fall under the cost of living.

The amendments would also prioritize the Russian Constitution over international treaties and other acts and forbid any action in favor of the "separation of a territory." It also includes topics such as defining marriage as "a union of a man and a woman" and enshrining God in the country's main law.

For the first time in Russia, polls were kept open for a week to bolster turnout without increasing crowds casting ballots amid the coronavirus pandemic — a provision that Kremlin critics denounced as an extra tool to manipulate the outcome. 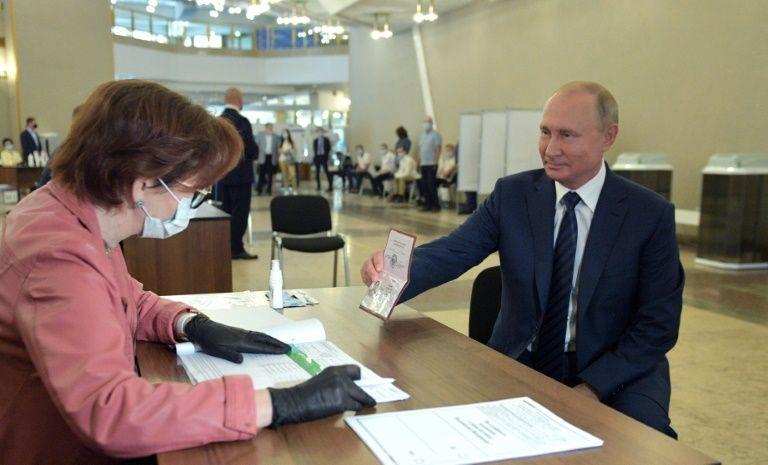