Death Toll Rises to 96 in Monsoon Landslide in Myanmar's State

YANGON, July 2 (Xinhua) -- The death toll of monsoon landslides in Myanmar's Kachin state has risen to 96 as more bodies were recovered on Thursday, said a release from the Information Ministry.

"A over 304-meter high cliff collapsed, burying local jade scavengers," a rescue worker at the scene was quoted by the ministry.

Caused by the monsoon rains, the landslide occurred at a jade mining site in Sate Mu village tract of Hpakant township at 08:00 a.m. local time, according to a release from the Fire Services Department.

Hundreds of jade scavengers are feared buried as the landslide took place during their working hours, but the exact number of casualties are yet to be known and rescue works are being carried out, a township police told Xinhua.

Many local people make their living by jade scavenging in the region and most of the landslides are caused by the partial collapse of tailings heaps and dams.

A major fatal landslide occurred in the region in November 2015, leaving at least 116 jade scavengers dead. 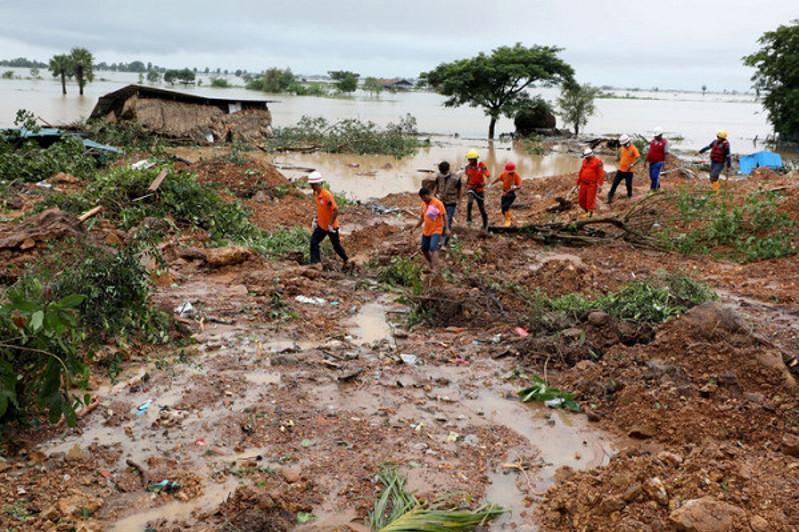