"At the meeting, as the first agenda item they reviewed the work of the past six months for preventing the malignant contagious disease and discussed an issue on further consolidating the present anti-epidemic situation by enhancing the state emergency anti-epidemic work," the report said.

After analyzing in detail the six month-long national emergency anti-epidemic work, Kim said "we have thoroughly prevented the inroad of the malignant virus and maintained stable anti-epidemic situation" despite the worldwide health crisis, which is a "shining success" achieved by the Party leadership and a high sense of voluntary spirit of the people.

The DPRK has claimed that there are no COVID-19 cases in the country so far due to the timely and strict protection measures taken by the government.

At the meeting, Kim stressed the need "to maintain maximum alert without a slight self-complacence or relaxation on the anti-epidemic front, and rearrange and practice stricter anti-epidemic effort under the prevailing situation."

The country's top leader "made sharp criticism of inattention, onlooking and chronic attitude getting prevalent among officials, and violation of the rules of the emergency anti-epidemic work as this work takes on a protracted character," according to the report.

Kim repeatedly warned that hasty relief of anti-epidemic measures will result in unimaginable and irretrievable crisis, stressing that "all the sectors and units should further strengthen the emergency anti-epidemic work till the danger of pandemic incoming is completely rid of."

The meeting also discussed the "hastening" of the Pyongyang General Hospital construction project, with Kim having expressed "satisfaction" at project progress. The hospital was under construction since early this year and supposed to be completed by October. 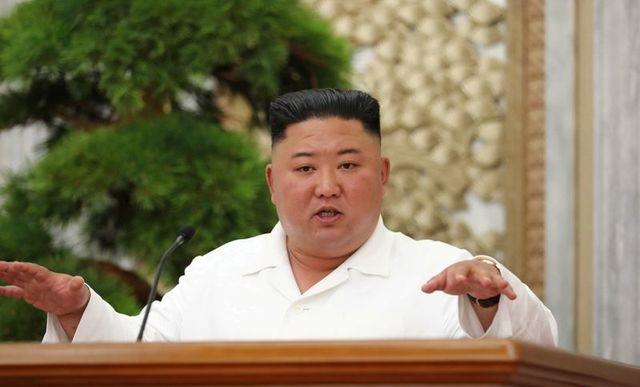