WASHINGTON, July 3 (Xinhua) -- Chinese Ambassador to the United States Cui Tiankai on Friday shared basic facts and his viewpoints on the newly enacted national security law for Hong Kong through a video message by using the numbers "1 to 9."

This will remain the basic guideline for the governance of Hong Kong. The adoption of the law is a milestone in the practice of "one country, two systems" and will provide a strong institutional guarantee for its long-term implementation, the Chinese ambassador said.

"With 3, I mean 3 million here. A signature campaign to endorse the law was initiated in Hong Kong late May. Within eight days, almost 3 million Hong Kong residents signed online or at street stands to show their support. The law is what the people really want," he said.

The number 4 refers to the four offences and their corresponding penalties prescribed in the law, namely secession, subversion, terrorist activities, collusion with foreign countries or external elements to endanger national security, he said.

The number 5 stands for five decades. According to the Basic Law of Hong Kong, its capitalist system and way of life shall remain unchanged for 50 years, Cui said.

"With 6, I mean the six chapters and 66 articles of the law. I would advise you to read the whole law thoroughly and carefully, so as to avoid any misunderstanding or the influence of biases," he said.

The numbers 7 and 8 stand for the over 7 million Hong Kong residents and over 80,000 American citizens living in Hong Kong. The national security law will help ensure the restoration of social order in the city, and this is absolutely good news for all of them, the ambassador said.

In the Chinese culture, 9 often means "long-lasting," Cui said, adding he has full confidence that the national security law will ensure the long-term stability and prosperity of Hong Kong. 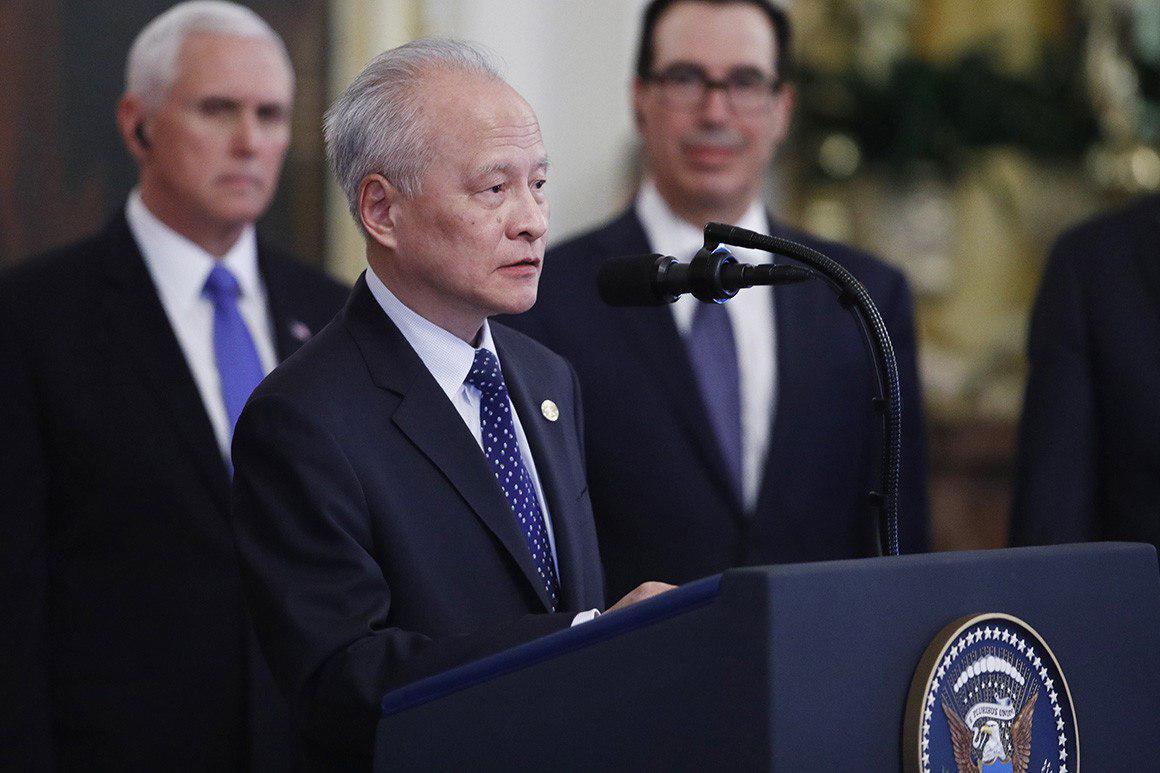