WASHINGTON, July 6 (Xinhua) -- After lockdown measures were eased in some states, the United States is struggling to respond to the devastation wrought by COVID-19 even harder.

Although President Donald Trump, without scientific ground, claimed that 99 percent of the cases in his country were "totally harmless" during his Independence Day speech, officials have warned that hospitals were in danger of being overwhelmed, particularly after seeing the possibility of a further spike in infections caused by the holiday celebrations.

The latest Johns Hopkins University tally showed that the death toll in the United States has hit nearly 130,000 and the number of confirmed cases reached 2.8 million.

In the first four days of July alone, at least 15 states have reported record increases in new cases of COVID-19, according to a Reuters report.

Texas is one of these states, with 8,258 new cases on Saturday. The number of COVID-19 patients currently hospitalized rose to a record 7,890 on Saturday, compared with 3,247 just two weeks ago.

At least two counties in south Texas -- Starr and Hidalgo -- said even before the holiday weekend that they have hospitals already at full capacity.

"Our hospitals here in Harris County, Houston, and 33 other cities ... they're into surge capacities. So their operational beds are taken up," said Lina Hidalgo, chief executive of Harris County, which includes Houston.

"What we need right now is to do what works, which is a stay-home order," she said in ABC's "This Week" on Sunday.

Steve Adler, mayor of Austin, Texas, also expressed concern that the healthcare system could buckle as the disease spreads rapidly.

"If we don't change the trajectory, then I am within two weeks of having our hospitals overrun. And in our ICUs, I could be 10 days away from that," he told CNN's "State of the Union" on Sunday.

"In fact, if we don't get our hands around this virus quickly, in about two weeks, our hospital system could be in serious, serious trouble," Turner said.

Demand for testing has also outstripped the city's capacity, he added, and the positivity rate has soared from 10 percent a month ago to 25 percent recently.

In Phoenix, capital and the most populous city of Arizona, people gathered on Saturday without masks or social distancing to listen to a speaker at a rally against restrictions to prevent the spread of the virus.

"We opened way too early in Arizona," said Phoenix city Mayor Kate Gallego, who also joined Sunday's "This Week" program, suggesting that a new stay-at-home order should be issued.

The state of Arizona reported 3,536 new COVID-19 cases on Sunday, and has reportedly seen about 90 percent of its ICU beds taken.

California reported 5,410 new cases on Sunday, and coronavirus-related hospitalizations in Los Angeles County have increased by 32 percent in three weeks as the number of daily cases trends upward, the government website showed. 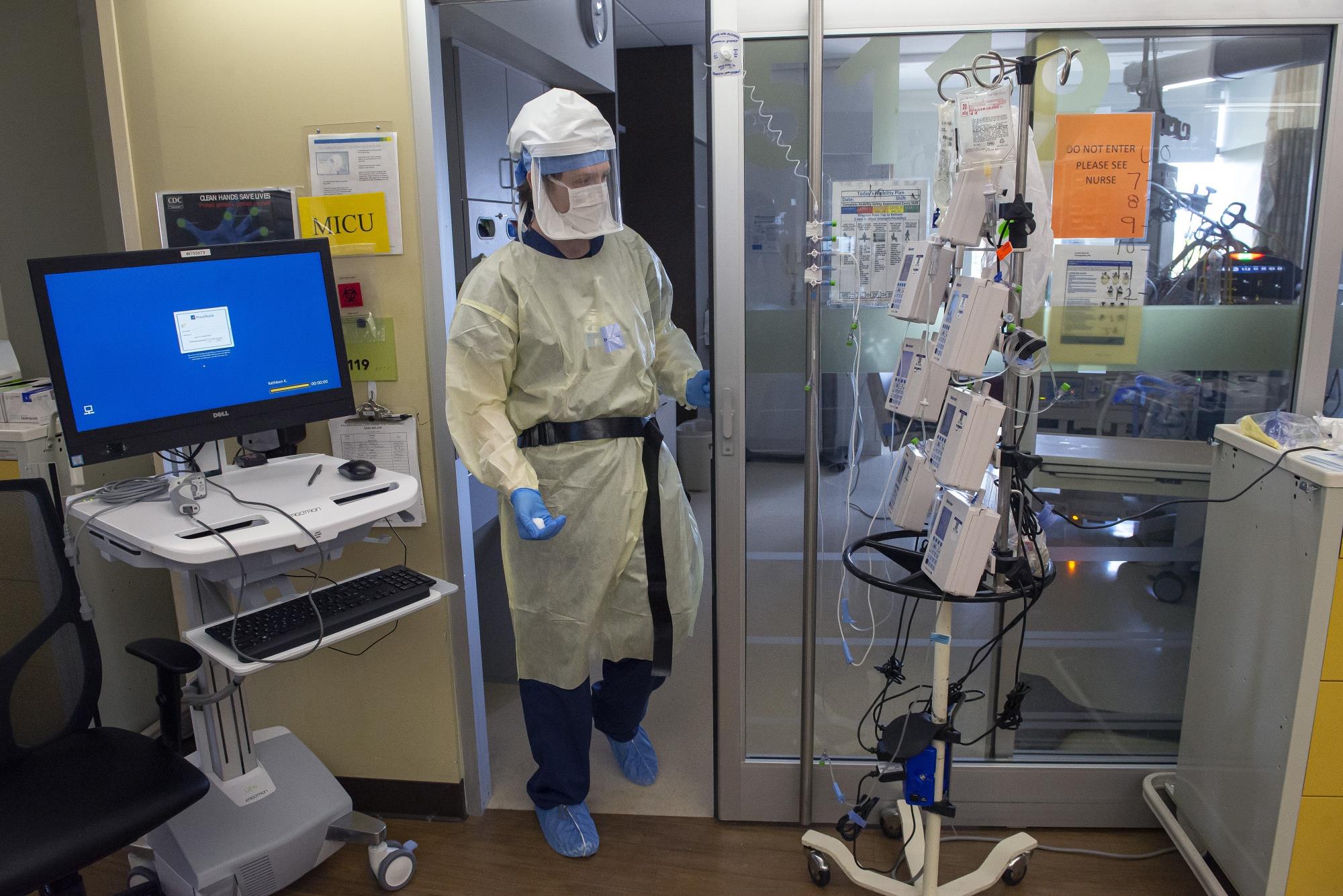