COLOMBO, July 7 (Xinhua) -- Schools across Sri Lanka were partially re-opened on Monday after being shut for nearly three months, as the spread of COVID-19 has been put under control in the island country, local media reported Tuesday.

According to the Education Ministry, schools were re-opened for grades 13, 11 and 5, leading to nearly 800,000 students returning back to school across the country.

Strict health guidelines were followed as students were subjected to temperature checks, frequent washing of hands and wearing face masks. Chairs and desks were kept one meter apart in each class room and students were informed to speak to each other from a distance.

All arrangements were made by the school management and staff as principals, teachers, and nonacademic staff were informed to report to work on June 29.

All sports activities and tests however have been canceled until further notice, the Education Ministry said.

Sri Lanka has to date reported 2,078 positive COVID-19 patients but has seen an over 90 percent recovery rate with 1,917 patients out of the total detected been successfully treated and discharged.

Active patients are now down to 161, official statistics from the Health Ministry showed.

Sri Lanka's capital Colombo resumed economic operations at the end of May after being shut for nearly two months to prevent a further spread of the virus, and since then the country has seen the gradual re-opening of several sectors.

However, authorities have urged people to abide by all health guidelines such as wearing masks, maintaining social distancing and keeping hand hygiene. 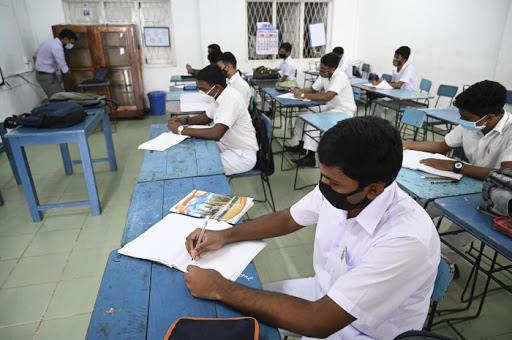