TOKYO, July 8 (AFP) - Japan issued fresh landslide and flooding warnings on Wednesday (Jul 8) as torrential rain moved over the centre of the country and the death toll from days of downpours rose to 54.

Heavy rains that began early on Saturday on the island of Kyushu have already caused devastation across a swathe of the southwestern portion of the country, causing rivers to burst their banks and hillsides to collapse.

The weather front is now moving north, and on Wednesday morning the Japan Meteorological Agency (JMA) issued its highest level warning for Gifu and Nagano prefectures in central Japan.

"In these areas, heavy rains are at an unprecedented level," a JMA official said.

"Especially in areas designated as high risk for landslides and flooding, the possibility is extremely high that some kind of disaster is already happening," he warned.

"It is a situation where you have to do your best to protect your lives."

At least 80,000 rescue workers have already been deployed in a desperate effort to reach survivors stranded by flooding and landslides.

Late Tuesday, Prime Minister Shinzo Abe pledged to double the number of troops involved in the rescue effort to 20,000.

The toll in the disaster has risen steadily as rescue workers discover new casualties.

The government's Fire and Disaster Management Agency said at least 54 people had died, with four more feared dead and 14 others missing. 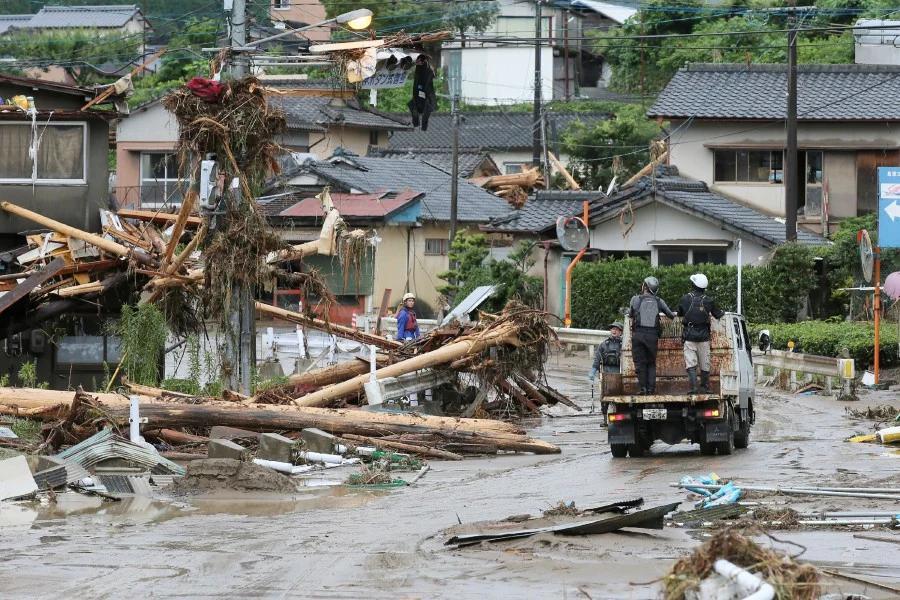