Morrison also suspended an extradition agreement with Hong Kong. Under the security law Hong Kong suspects can be sent for trial in Communist Party-controlled courts in mainland China.

Morrison said the new national security law introduced last week in Hong Kong was a fundamental change of circumstances and Australia would suspend the extradition agreement.

"There will be citizens of Hong Kong who may be looking to move elsewhere, to start a new life somewhere else, to take their skills, their businesses," Morrison said.

He announced visa measures that would assist Hong Kong citizens already in Australia to stay. Hong Kong students who graduate in Australia will have the opportunity to stay for five years and apply for permanent residency after that time.

Hong Kong citizens on temporary work visas in Australia would also be eligible to extend these for five years, and later apply for permanent residency.

Morrison said there are 10,000 Hong Kong citizens in Australia on student visas or temporary work visas.

Australia also made a pitch for international financial services, consulting and media businesses with regional headquarters in Hong Kong to relocate to Australia, and said it would offer incentives and visas packages to relocate staff.

"We want them to look to Australia, to come, to set up shop," said acting immigration minister Alan Tudge.

Australia changed its travel advisory for Hong Kong, where around 100,000 Australians live and work, to say "reconsider your need to remain in Hong Kong" if they are concerned about the new law.

The travel advice for Hong Kong warns Australians "may be at increased risk of detention on vaguely defined national security grounds".

China has since said it deplores and opposes what it called "groundless accusations and measures" by the Australian government on Hong Kong.

Beijing urged Canberra to stop meddling in its affairs.

"We urge the Australian side to immediately stop meddling in Hong Kong affairs and China's internal affairs under any pretext or in any way," the Chinese embassy in Australia said in a statement attributed to an unnamed spokesman. "Otherwise it will lead to nothing but lifting a rock only to hit its own feet."

Hong Kong's new security law punishes acts of secession, subversion, terrorism and collusion with foreign forces with up to life in prison.

The new law has pushed China's freest city onto a more authoritarian path and drawn condemnation from some Western governments, lawyers and rights groups.

Canada last week announced it would suspend its extradition treaty with Hong Kong in the wake of the security legislation and could boost immigration from the former British colony.

Australia's Foreign Minister Marise Payne held a teleconference overnight with her counterparts in the Five Eyes security arrangement, which includes the UK, US, New Zealand and Canada, about Hong Kong and the new security law, Payne and UK foreign secretary Dominic Raab said on Twitter. 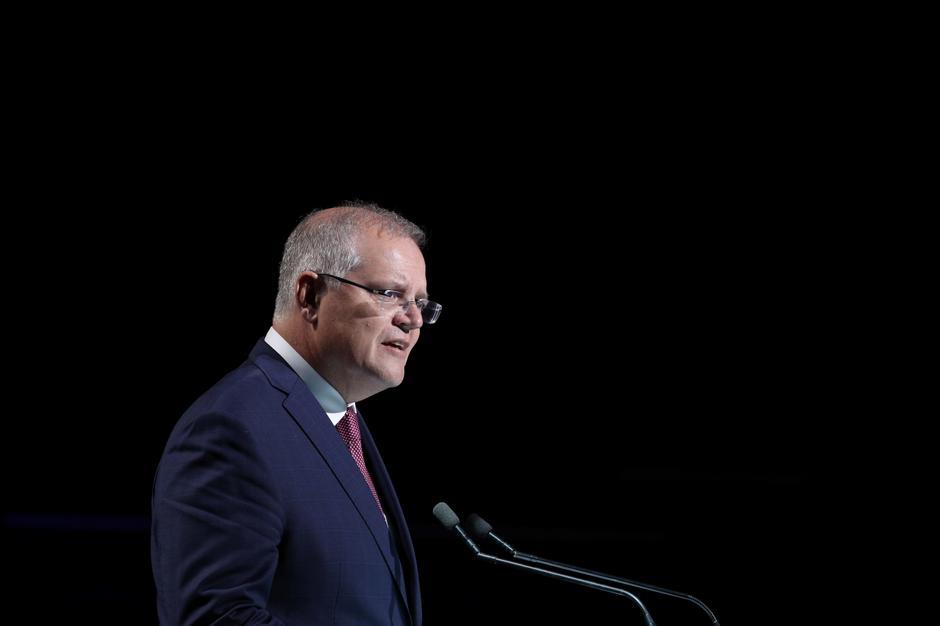