BEIJING, July 14 (Sputnik) - The world’s third operational fifth-generation aircraft, the Chengdu J-20 “Weilong,” has entered mass production, according to insider reports. The Chinese People’s Liberation Army (PLA) Air Force has reportedly placed a large order, now that many of the jet’s early problems have been sorted out.

According to PLA insider reports, a new version of the J-20, the J-20B, is ready to be fielded by the Chinese military.

“Mass production of the J-20B started on Wednesday. It has finally become a complete stealth fighter jet, with its agility meeting the original criteria,” a military source close to the project told the South China Morning Post (SCMP) on Sunday.
“The launch of the J-20B means this aircraft now is a formal fifth-generation fighter jet,” said SCMP’s source, which noted Chengdu Aerospace Corporation (CAC) had received “heavy orders” from the People’s Liberation Army.

Just a handful of J-20As have been made - 50 by the end of 2019 according to SCMP, which noted in January the PLA would likely need between 100 and 200 to fill its needs. It’s estimated CAC can make four J-20s per month.

The source noted the new version of the stealthy jet is equipped with thrust vector control, a high-tech function on some newer jet fighters that allows them to change the angle their jet engines are pointing. This function makes an aircraft supermaneuverable.
Some other jets with the ability include the US’ F-22 Raptor, Russia’s Su-30-series fighters and Su-57 and China’s J-10C.

Related to the matter of thrust on the J-20 is the development of its engines: Beijing has been attempting to replace the J-20’s underpowered WS-10 and AL-31 engines, the latter of which is built in Russia, with the domestically produced WS-15 high-thrust turbofan engine, but the work remains ongoing.

“The Chinese engine designed for the J-20s still failed to meet requirements, but its development is going quite smoothly, and it may be ready in the next one or two years,” the source told SCMP. “The ultimate goal is to equip the J-20B fighter jets with domestic engines.”

The other aircraft under consideration is the Shenyang J-31 or FC-31 Gyrfalcon, a newer fifth-generation jet than the J-20, but for which the PLA has struggled to find an adequate use. However, the Chinese Aeronautical Establishment, the research and development branch of the Aviation Industry Corporation of China, said earlier this month it plans to begin testing a “new type of aircraft” for naval use in conjunction with Shenyang Aircraft Corporation, the maker of the FC-31. 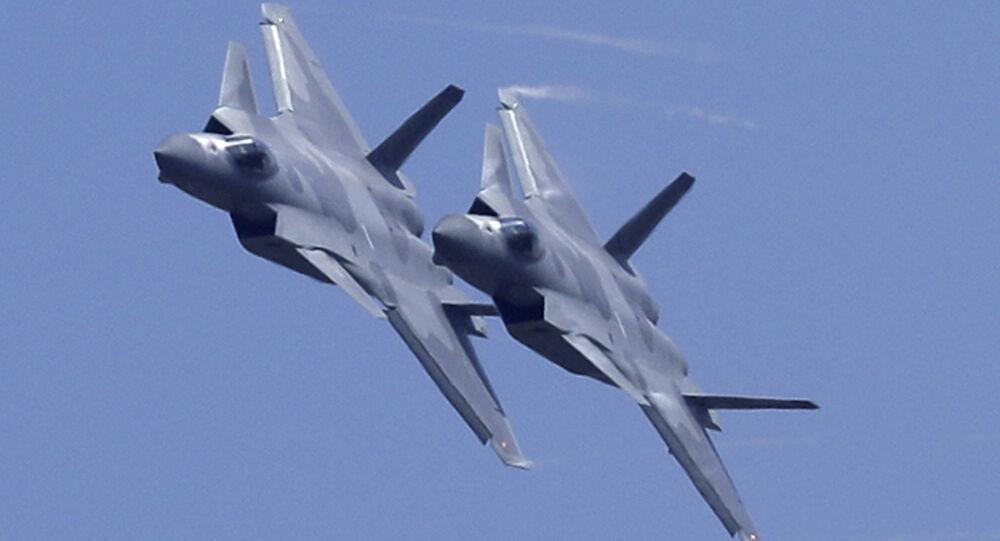