WASHINGTON, July 14 (Xinhua) -- The United States has withdrawn its troops from five bases in Afghanistan and maintains its force level in the country at mid-8,000s, fulfilling its obligation under the U.S.-Taliban deal signed in late February, the U.S. Department of Defense said Tuesday.

"U.S. forces in Afghanistan remain in the mid-8,000s and five bases formerly occupied by U.S. forces have been transferred to our Afghan partners," Chief Pentagon Spokesperson Jonathan Hoffman said in a statement.

Hoffman urged all sides to "reduce violence and embark on intra-Afghan negotiations capable of achieving a negotiated and lasting peace for Afghanistan."

Last month, Commander of U.S. Central Command Kenneth McKenzie indicated at an event that the United States had met its obligation ahead of schedule. "We agreed to go to the mid-8,000 range within 135 days," McKenzie said, adding "we're at that number now."

The agreement also called for a full withdrawal of the U.S. military forces from Afghanistan by May 2021 if the Taliban meets the conditions of the deal, including severing ties with terrorist groups.

The war in Afghanistan, which has caused about 2,400 U.S. military deaths, is the longest one in U.S. history. President Donald Trump has long complained about its endlessness and sought a full withdrawal from Afghanistan. 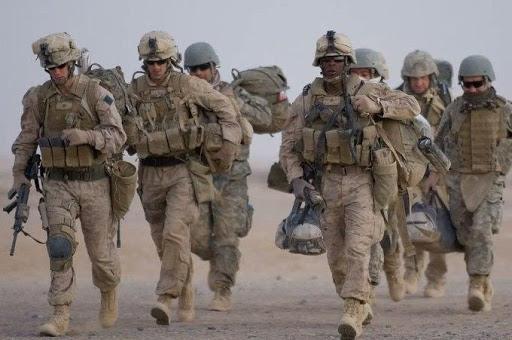