IOC "Fully Committed" to Staging Tokyo Games with Spectators in 2021

The Tokyo Olympic Games, which was initially scheduled to start on July 24 this year, has been postponed by one year due to the global COVID-19 pandemic.

"We are working all together with our Japanese partners and friends to celebrate the Games next year from July 23 until August 8, 2021," Bach told reporters in a conference call after the IOC Executive Board meeting on Wednesday.

"First of all, the entire IOC is following the principle we have established before the postponement of the Tokyo Olympic Games that the first priority is about safety of all participants," Bach said, "For this reason, we are working now on multiple scenarios of the organization of the Games with regard to the health situation of which we do not know."

"The World Health Organization (WHO) is playing a very important role. So we continue to be guided by the advice of WHO and based on this advice we are preparing multiple scenarios," the IOC chief added.

However, Bach emphasized that although "multiple scenarios" are being taken into account, an Olympic Games without spectators is not what the IOC wants.

"The Olympic Games behind closed doors is clearly something we don't want," Bach said. "So we are working for a solution for the Olympic Games which on the one hand is safeguarding the health of all participants, and on the other hand is also reflecting the Olympic spirit."

The IOC Executive Board on Wednesday also approved the decision to push back the 2022 Summer Youth Olympic Games, scheduled to take place in Dakar, Senegal from October 22 to November 9, 2022, by four years to 2026. The proposal will be submitted to the 136th IOC session for ratification on Friday.

Bach said that the postponement of Dakar 2022 will allow the IOC, the National Olympic Committees (NOCs) and the International Federations (IFs) to better plan their activities, and allow Senegal to carry on with preparations for the Youth Olympic Games. 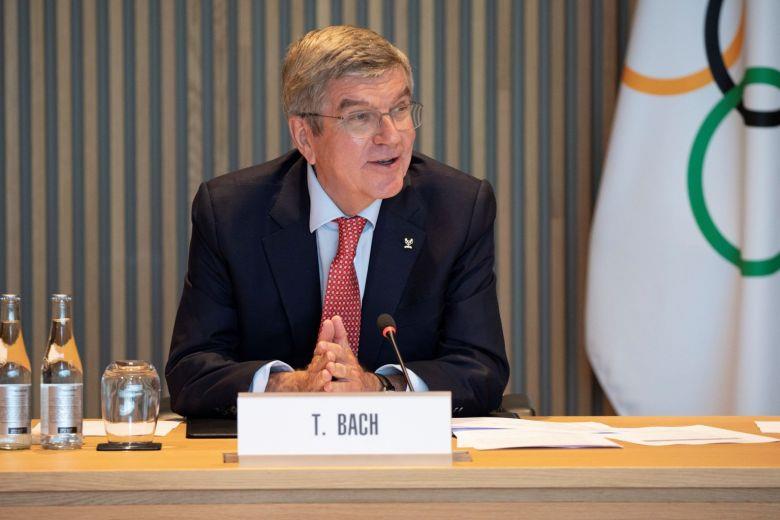