Combating the virus requires people coming together and a competent federal government "which we do not have," New York State Governor Andrew Cuomo pointed out.

He made the remark while commenting on a new report by the U.S. Centers for Disease Control and Prevention (CDC), which pointed out that by the time the travel restrictions on Europe were implemented by the federal government, importation and community transmission of COVID-19 had already occurred in New York.

"The President likes to talk about his travel ban that was effective. His own CDC says the travel ban was too late," said Cuomo at a conference call.

The United States restricted travel from Europe on March 13, and by March 15, community transmission was widespread in the city, the report said.

"It was terrible failing on behalf of the federal government because this was their job," he said. "Government failed in this job... And they still are not following the science."

He said that the "governmental incompetence" is going to hurt New York a second time "when the virus was allowed to increase in other states and then came back to New York."

"It will have been a double-barrel shotgun of federal incompetence," said Cuomo.

The governor also noted the United States is fighting a virus even worse than COVID-19, which is "the virus of American division and federal incompetence."

Meanwhile, Maryland Governor Larry Hogan, a Republican, questioned why Trump as a Republican president didn't help him and slammed Trump's handling of the coronavirus pandemic as "hopeless."

"This should not have been necessary," Governor Larry Hogan wrote in an article published in The Washington Post on Thursday. "I'd watched as the president downplayed the outbreak's severity and as the White House failed to issue public warnings, draw up a 50-state strategy, or dispatch medical gear or lifesaving ventilators from the national stockpile to American hospitals."

"Eventually, it was clear that waiting around for the president to run the nation's response was hopeless; if we delayed any longer, we'd be condemning more of our citizens to suffering and death," he wrote.

He also detailed how the Maryland National Guard and the Maryland State Police escorted and protected the test gear, noting that the Trump administration "had recently seized 3 million N95 masks purchased by Massachusetts Governor Charlie Baker."

"We weren't going to let Washington stop us from helping Marylanders," Hogan said.

"So many nationwide actions could have been taken in those early days but weren't," the governor lamented. "Meanwhile, instead of listening to his own public health experts, the president was talking and tweeting like a man more concerned about boosting the stock market or his reelection plans." 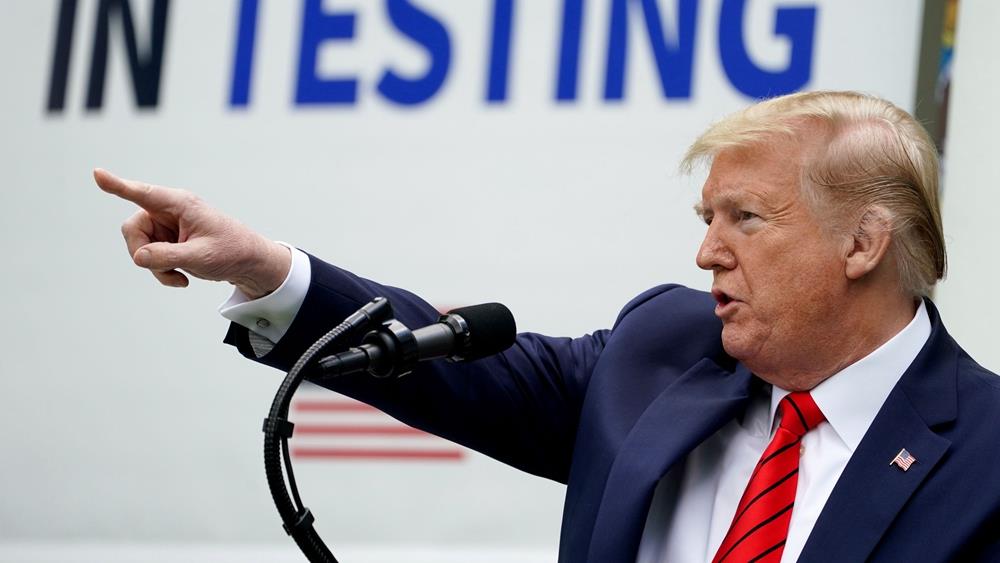