WASHINGTON, July 16 (Sputnik) - A new report by the US Congressional Research Service (CRS) has called attention to a trio of missiles recently developed by the Democratic People’s Republic of Korea (DPRK), which it says are designed to evade air defense networks and deliver a tactical strike.

The report on DPRK nuclear and ballistic missile systems released by the CRS on Tuesday postulates the socialist country’s recent missile testing “may seek to achieve more than a simple political statement, and that it may be intended to increase the reliability, effectiveness, and survivability of their ballistic missile force.”

“In addition, North Korea’s progress with submarine-launched ballistic missiles suggests an effort to counter land-based THAAD missile defenses by launching attacks from positions at sea outside the THAAD’s radar field of view, although local Aegis BMD systems could likely still track these projectiles.”

The report focuses on three new missile systems tested by the DPRK in recent years: the KN-23, KN-24 and KN-25. The similarity of the short-range ballistic missiles led to the confused belief when they were being tested in 2019 and 2020 that they might be the same weapon.

The three systems are remarkably similar, though: all three are fired from mobile truck launchers, follow “atypical flight paths” designed to trick air defense systems and share a fairly limited range. The farthest-reaching, the KN-23, seems to have a range of less than 430 miles, according to the Center for Strategic and International Studies (CSIS) think tank.

The CRS report notes the KN-23 “exemplifies the most notable advance” for the DPRK in the field of smaller weapons, as the missile was observed during one test to conduct a “pull-up” maneuver intended to confuse an anti-air missile or targeting system. Other missiles, such as the US Navy’s Harpoon anti-ship missile, have a similar capability.

The KN-24, the report notes, “demonstrates the guidance system and in-flight maneuverability to achieve precision strikes,” and the document warns the missile could be a dual-capable system, meaning it can be fitted with nuclear or conventional warheads.

The KN-25, the report notes, “blurs the line between rocket and missile,” sporting “advanced avionics, inertial and satellite guidance systems, and aerodynamic structures.” This weapon seems to be a kind of rocket artillery, similar to the US Army’s HIMARS system, and the report notes the Korean People’s Army could seek to launch them en masse in order to overwhelm an enemy’s defensive net.

The report called Pyongyang “a grave and imminent threat to the security of Japan.”

US forces supply much of the BMD systems across South Korea and Japan, and while they have for decades specialized in tracking and shooting down strategic missiles, US short-range air defense capabilities have been comparably neglected. In the aftermath of the suicide drone attacks on two oil facilities in Saudi Arabia in September 2019, the Pentagon refocused on short-range defenses.

Much of the effort has focused on anti-drone defenses, such as the “Howler” suicide drone system and ship-mounted flak cannons, but the US Marine Corps has also weighed the option of refitting some of its Joint Light Tactical Vehicles (JLTV) Humvee replacements to carry short-range anti-air missiles.

The Pentagon nearly bought several Iron Dome systems from Israel, but the deal fell through in May when Jerusalem refused to provide US Army commanders with the system’s source code that would enable it to integrate with other systems. 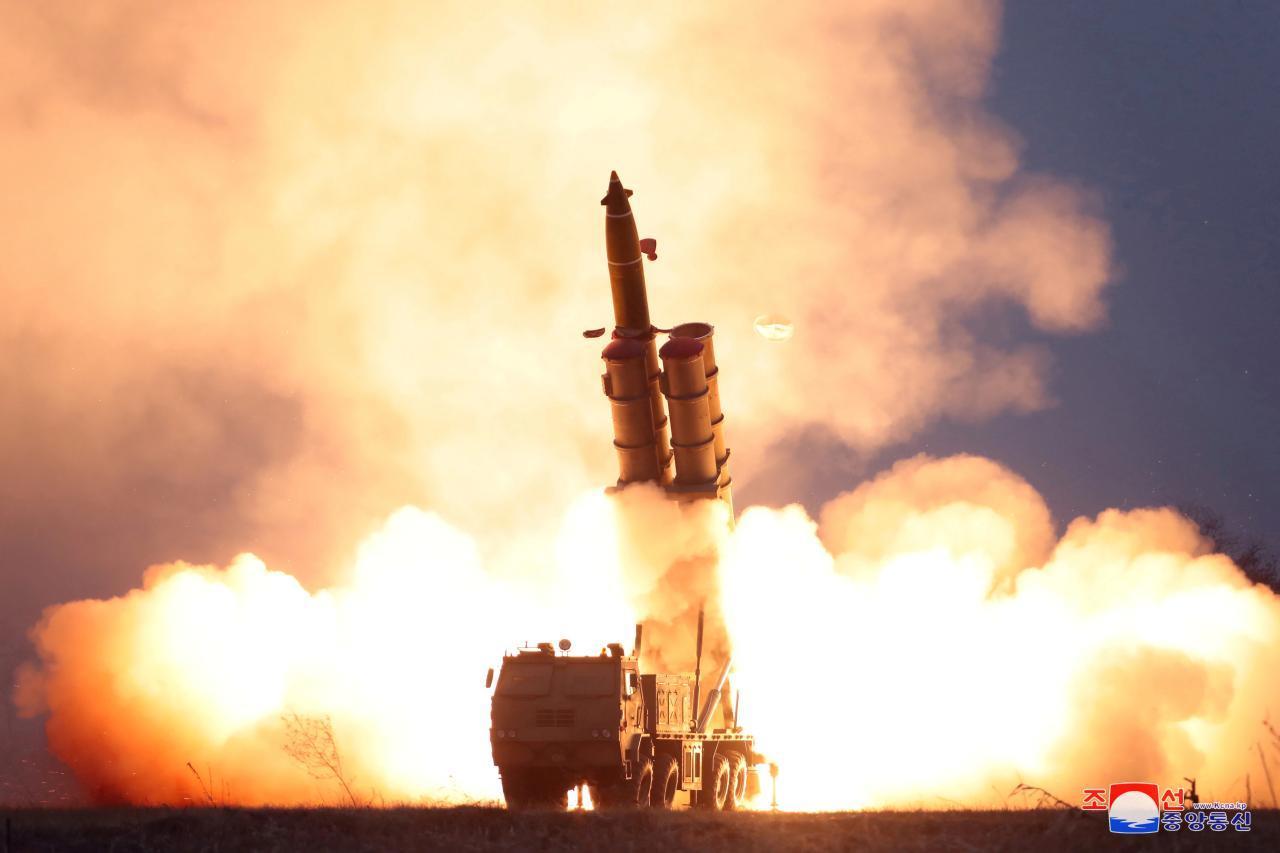