BRUSSELS, July 20 (Xinhua) -- The European Union (EU) special summit which aims to decide on the next seven-year budget and a massive recovery fund dragged into the fourth day early Monday with disputes over core issues still unresolved.

European Council President Charles Michel resumed the plenary at dawn after a prolonged midnight break, but only to announce it would reconvene in the afternoon.

The heads of state and government of the EU member states, in their first physical meeting since the COVID-19 outbreak in Europe, seemed resolved to reach a deal despite the arduous negotiations for three days and nights.

The summit, which kicked off on Friday, had been scheduled to end on Saturday.

Officials said the discussion was headed in the right direction as the leaders were seeking consensus on proposals to authorize the European Commission to borrow 750 billion euros (857 billion U.S. dollars) and give the money as grants and loans to the pandemic-hit member states.

"We would not like to go home without having a solution for Europe," Hungarian Prime Minister Viktor Orban told reporters on Sunday afternoon.

He said all the leaders are aware how serious the situation is, considering the pandemic and possible second wave of outbreaks, and a deal to mitigate the fallout "is a must."

The long list of disagreements has been reduced to only four points thanks to Michel's brokering efforts, Orban said.

The most difficult issue was rebates, a term referring to the compensation offered to some wealthy countries, including the Netherlands, Sweden, Denmark and Austria, which claim to have made excessive contributions to the EU budget even if based on objective economic criteria.

European Parliament Speaker David Sassoli has said the time has come to eliminate the rebates, which are "unfair and difficult to justify."

Michel has made a middle-ground proposal allowing countries with long-held rebates on their European contributions to continue to get them.

The Netherlands and Austria were said to be tough on the rebate issue during Sunday's negotiation, and called for setting up a new mechanism to supervise the beneficiaries' commitment to the rule of law.

Earlier in the day, Austrian Chancellor Sebastian Kurz said that despite some progress, there was still "a long way to go" to reach an agreement.

During dinner time, Slovenian Prime Minister Janez Jansa tweeted a chart from the European Commission, showing the great benefits achieved by EU member states thanks to the single market against their contributions to the bloc's long-term budget, formally known as the Multiannual Financial Framework (MFF).

"The EU was built on the assumption that you can trust each other to cooperate in good faith. This kind of trust is why countries have opened their borders and their markets and created a single market. Its benefits largely outweigh the cost of contributing to the MFF," said Jansa, referring to the intention of wealthy EU countries to ask for more rebates, an assertion largely rejected by the rest.

Besides, the overall size of the fund and the ratio of grants versus loans were also points of contention. 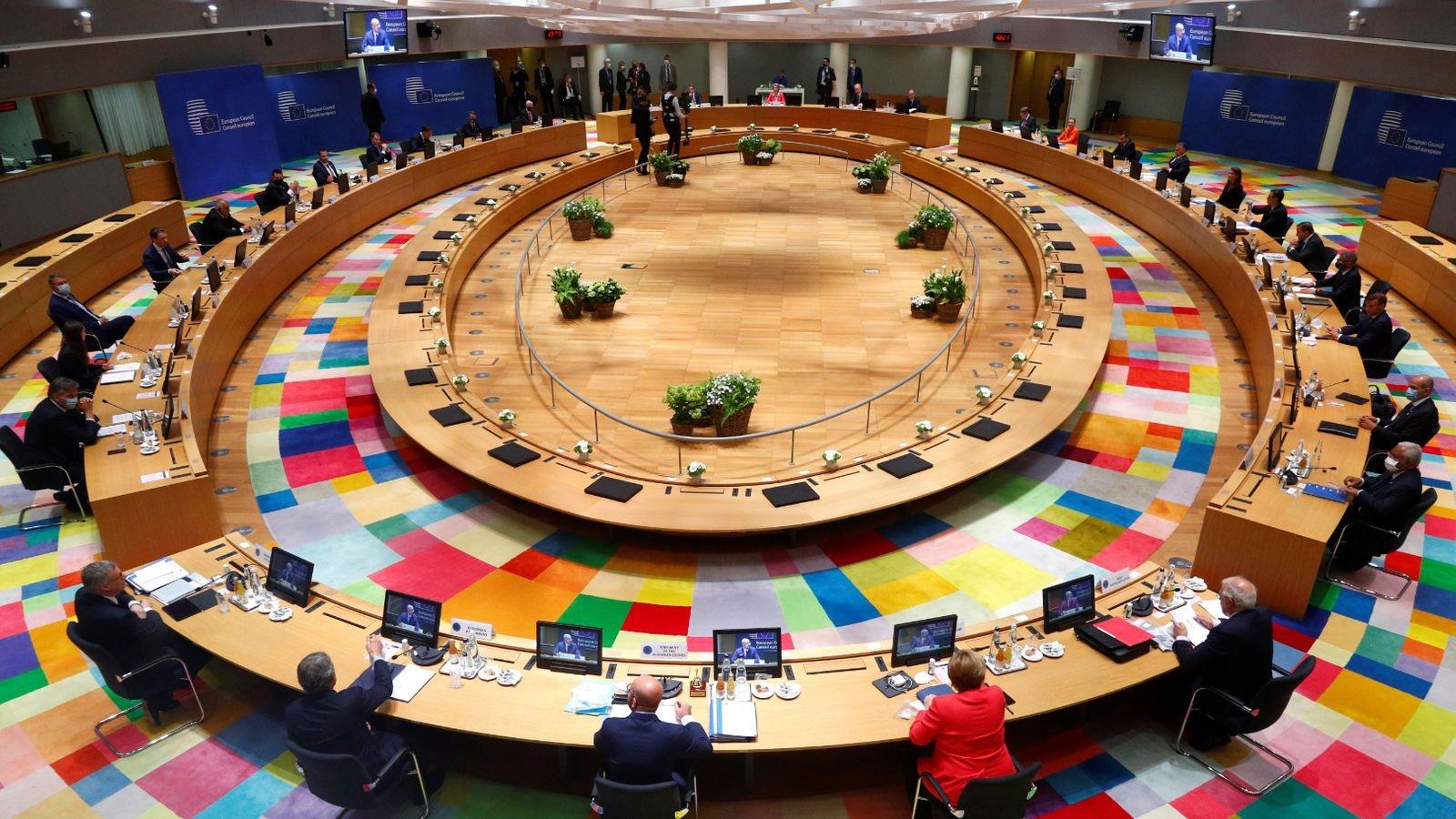