DHAKA, July 22 (AFP) - Deadly flooding will persist in Bangladesh for the next 10 days, officials warned on Tuesday (Jul 21), as South Asia battles torrential monsoon rains which have already pounded the region for weeks.

In flood-prone Bangladesh - where almost one-third of the impoverished nation is underwater - officials warned of an extended disaster in one of the worst deluges in recent years.

"The flood has been going on for at least 20 days," the deputy chief of Bangladesh's Flood Forecasting and Warning Centre, Udoy Raihan, told AFP, adding that flooding usually lasted two weeks.

"And it is likely continue for another 10 days due to heavy rains in Bangladesh and India."

The annual monsoon is critical for replenishing water supplies, but also wreaks havoc across vast swathes of the densely populated region, causing widespread death and damage.

At least 81 people have died in Bangladesh, mostly from drowning, officials said, with almost three million people hit by the natural disaster through flooded homes and inundated communities.

In Srinagar, a rural town just outside the capital Dhaka, some villagers fled to evacuation centres while others slept on boats and rafts made out of banana trunks lashed together with ropes to watch over their flooded homes.

"The last time we saw such flood was in 1998. We haven't seen such dangerous floods since then," Sheikh Moslem, 66, told AFP.

Sufia Begum, 40, said the flood levels were up to her neck.

"I am more worried about my two cows," she told AFP as she looked at her submerged home and cowshed. "They are my only source of income. I can't leave them here."

In India's northeastern state of Assam, conditions eased as the death toll since the start of July edged up to 58 people.

Many villagers whose homes were not fully submerged said they preferred to stay with their belongings despite the difficult conditions, and were being given food and water supplies from the government and local aid agencies.

"There is ankle-deep water inside our home. We will stay here until it's not manageable," Anima Begum, 40, told AFP from the Morigaon district in Assam.

In neighbouring Nepal, the government issued a fresh warning about rising river levels for the next three days as rescuers searched for 51 people missing in landslides and floods.

"Rescue and relief efforts are going on and we are on alert for areas at risk," Nepal's National Emergency Operation Centre chief Murari Wasti said.

At least 84 people have died in Nepal as multiple landslides ravaged the Himalayan nation's hill districts while incessant rainfall since Sunday has inundated parts of the southern plains. 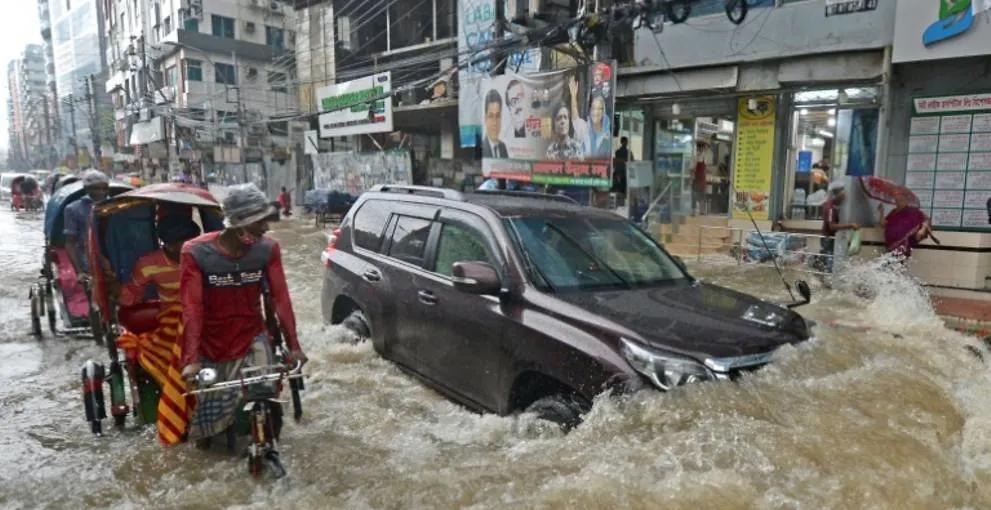