CANBERRA, July 22 (Xinhua) -- Australia reported the largest number of COVID-19 cases in a single day on Wednesday with 502 people being diagnosed in the past 24 hours.

Michael Kidd, the Australian Government Deputy Chief Medical Officer, said in an update on Wednesday afternoon that this is the single largest daily number of diagnoses of COVID-19 in Australia since the pandemic began. The previous highest reported number of new cases in a single day was 469, almost four months ago, on March 28.

According to him, as of Wednesday afternoon, there had been 12,896 confirmed cases of COVID-19 in Australia.

Of the 502 new cases, 484 were in Victoria, a record-high daily increase for the state. And there were two deaths in the past 24 hours in the state, taking the national total to 128. Both deaths were male aged care facility residents in their 90s.

Tony Bartone, president of the Australian Medical Association (AMA), called for the National Cabinet, which is composed of Prime Minister Scott Morrison and state and territory leaders, to adopt a nationwide policy on face masks to prevent the spread of COVID-19.

Face masks will be mandatory across the metropolitan Melbourne area in Victoria from Thursday.

Bartone said that use of masks in areas with community transmission of the virus was "essential."

"And the evidence is now really clear that if we do add another layer of protection, in terms of wearing face masks, to the other measures of physical distancing, hand hygiene, cough etiquette, we will significantly reduce the rate of COVID-19 spread in our community," he told Seven Network television. 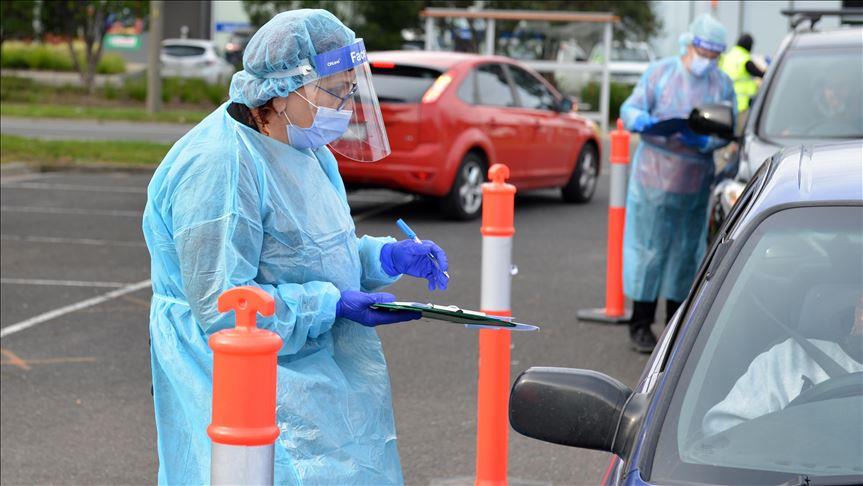