TAIPEI, July 23 (Sputnik) - In recent comments to the press, Taiwanese Foreign Minister Joseph Wu claimed Chinese aircraft flying close to the island’s areas of control is “virtually a daily occurrence.” However, he failed to mention the US is also sending planes near Chinese airspace close to Taiwan on a daily basis.

“What it is doing now is unceasingly preparing to use force to resolve the Taiwan problem,” Wu told reporters on Tuesday about Chinese foreign policy, AP reported. He noted that not every encounter between Chinese and Taiwanese aircraft is reported in the media.

“If international society does not give China a sufficiently clear signal, I believe China will take it that international society will not impede it in doing other things,” Wu continued. “This is what we are extremely worried about.”
Indeed, that is exactly what many Taiwanese and American strategists are afraid will be the case.

Su Chi, president of the Taipei Forum think tank and former secretary general of Taiwan’s National Security Council, told the South China Morning Post last month that a potential People’s Liberation Army (PLA) offensive to seize Taiwan could be over so quickly, it may be little more than “wishful thinking” to hope the US would be able to halt the attack, much less that it would be willing to jump into a full-scale war with the People’s Republic of China at that point.

“Given the military imbalance between Taiwan and the mainland, the absence of cross-strait dialogue and no [efficient communication] mechanism in place between the US and the mainland, I am worried about the situation because anything could happen,” Su told the publication.

On Tuesday, US Defense Secretary Mark Esper spoke to the need for better communication with Beijing, telling a virtual audience in a talk hosted by the International Institute for Strategic Studies (IISS) think tank that he hoped to travel to China before the end of the year “in order to enhance cooperation on areas of common interest, establish the systems necessary for crisis communications, and reinforce our intentions to openly compete in the international system in which we all belong.”

“We’ve seen [China] build up their military, we’ve seen them be more assertive, they got hundreds, if not over a thousand, missiles aimed at Taiwan. And we’ve seen President [Xi Jinping] and his party really take this to a new level,” Esper said. “So we remain committed to regional peace and security. We will live up to our commitments to Taiwan, which is all in the interest of a secure and stable region, if you will.”

Taiwan’s formal name is the Republic of China, reflecting its holdover status from the 1911-12 revolution that ended the Chinese monarchy. However, when the communist Red Army won the Chinese Civil War in 1949, the only part of China that remained under RoC control was the island of Taiwan. Accordingly, Beijing regards Taiwan as a rebellious province, and both governments regard themselves as the sole legitimate representative of the Chinese people.

Wu’s comments are a bit one-sided, though. While there have been numerous incidents recently involving Chinese aircraft flying close to Taiwan’s Air Defense Identification Zone (ADIZ), there have also been daily patrols by US spy planes and maritime patrol aircraft over the waters off Guangdong Province.

​In some cases these spy planes have flown just a few dozen kilometers from the Guangdong coast, as when on July 12 an E-8 Joint STARS aircraft was spotted 67.5 nautical miles from the Chinese coast - a comparable distance to that at which Chinese aircraft have been intercepted and warned off by Taiwanese jets. 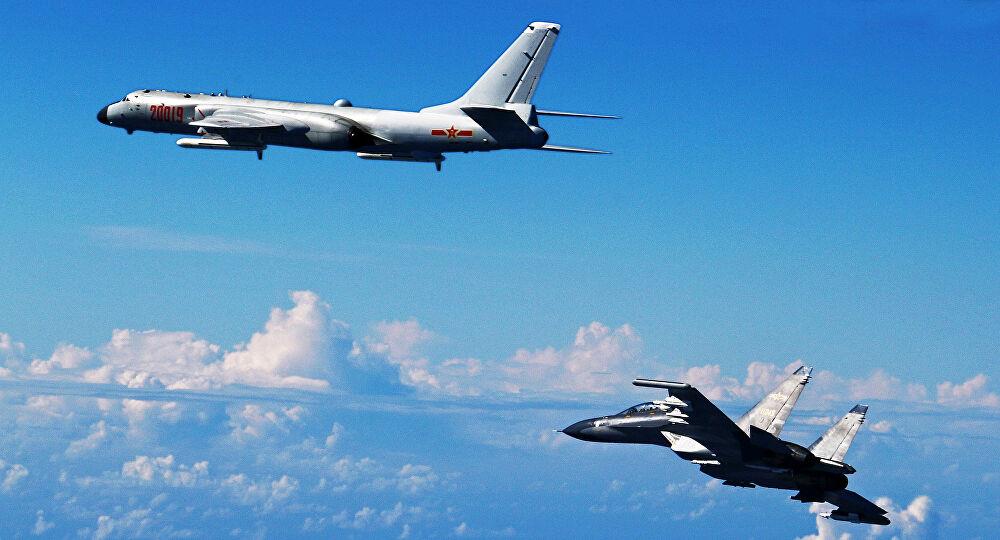