WENCHANG, Hainan, July 23 (Xinhua) -- China launched a Mars probe on Thursday, aiming to complete orbiting, landing and roving in one mission, and taking the first step in its planetary exploration of the solar system.

A Long March-5 rocket, China's largest launch vehicle, carrying the spacecraft with a mass of about 5 tonnes, soared into the sky from the Wenchang Spacecraft Launch Site on the coast of southern China's island province of Hainan at 12:41 p.m. (Beijing Time).

About 36 minutes later, the spacecraft, including an orbiter and a rover, was sent into the Earth-Mars transfer orbit, embarking on an almost seven-month journey to the red planet, according to the China National Space Administration (CNSA).

China's first Mars mission is named Tianwen-1, which means Questions to Heaven and comes from a poem written by Qu Yuan (about 340-278 BC), one of the greatest poets of ancient China. The name signifies the Chinese nation's perseverance in pursuing truth and science and exploring nature and the universe, said the CNSA.

"The successful launch is only the first step of China's Mars mission, and we hope each of the many key steps of the long journey is completed successfully," said Geng Yan, an official at the Lunar Exploration and Space Program Center of the CNSA.

The key steps include slowing down close to Mars, orbiting, separating the landing platform and the rover from the orbiter, landing softly and roving.

The craft is expected to reach Mars around February 2021. After it enters Mars orbit, it will spend two to three months surveying potential landing sites using a high-resolution camera to prepare for the landing in May.

The most challenging part of the mission will be the soft landing, an autonomous process of the probe lasting seven to eight minutes. The probe will use its aerodynamic shape, parachute and retrorocket to decelerate and buffer legs to touch down, said Geng.

After the landing, a rover will be released to conduct scientific exploration with an expected lifespan of at least 90 Martian days (about three months on Earth), and the orbiter, with a design life of one Martian year (about 687 days on Earth), will relay communications for the rover while conducting its own scientific detection. 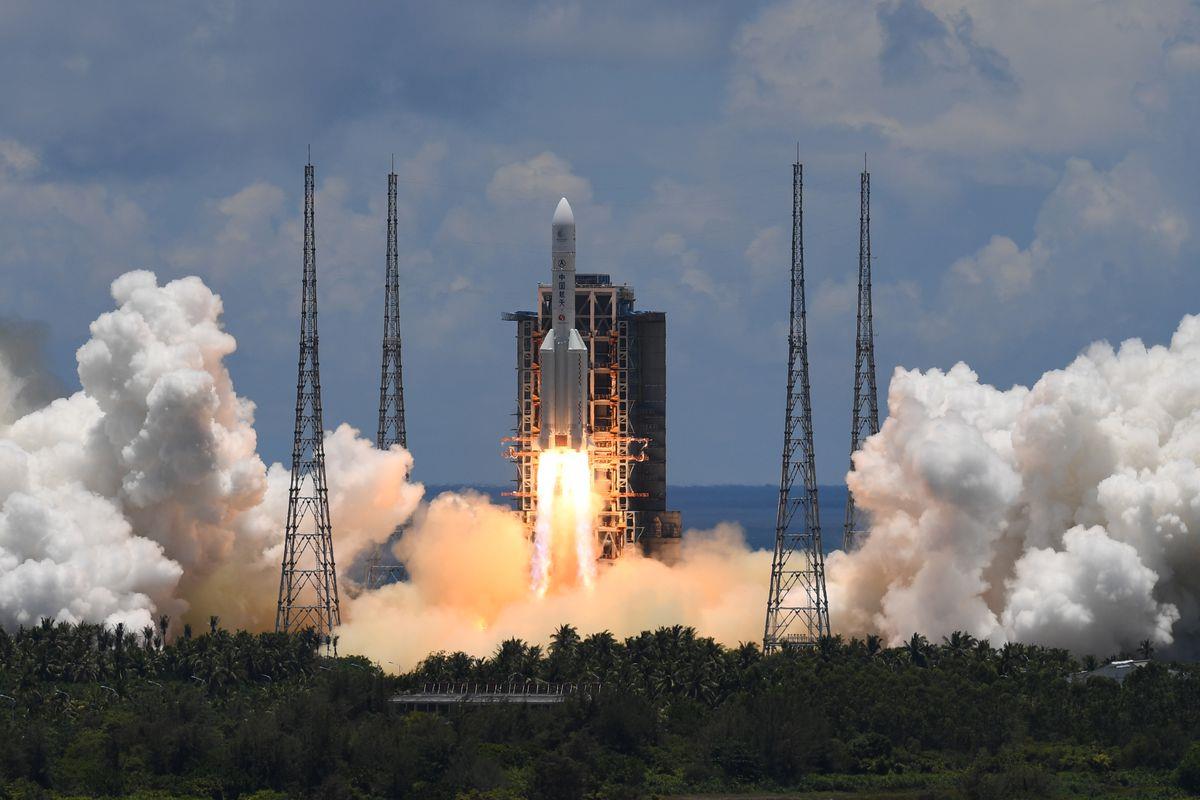