WASHINGTON, July 23 (Reuters) - The United States on Thursday (Jul 23) passed a total of more than 4 million coronavirus infections since the first US case was confirmed in January, according to a Reuters tally, reflecting a nationwide escalation of the pandemic.

The United States took 98 days to reach its first one million cases of the coronavirus but just 16 days to increase from 3 million to 4 million, the tally showed. The total suggests that at least one in 82 Americans have been infected at some point in the pandemic.

The average number of new cases is now rising by more than 2,600 per hour nationwide, the highest rate in the world.

As the epicentre of the US outbreak has spread from New York to the South and West, federal, state and local officials have clashed over how to ease lockdowns imposed on Americans and businesses.

Requirements that residents wear masks in public have become the subject of a fierce political divide, as many conservatives argue that such orders violate the US Constitution.

US President Donald Trump, a Republican who has rejected a nationwide mask rule and been reluctant to wear one himself, this week reversed course and encouraged Americans to do so.

"We have to do our mitigation steps: Wear a mask, avoid the crowds. We won't see hospitalisations and deaths go down for a couple of weeks because (they are) lagging indicators, but we are turning that tide," US Assistant Secretary for Health Brett Giroir told the Fox News Network in an interview.

Giror also pushed for faster test results and Quest Diagnostics, one of the nation's biggest medical testing companies, said on Thursday it expects to cut week-long turnaround times for COVID-19 tests by more than half to get to "acceptable" levels by September. 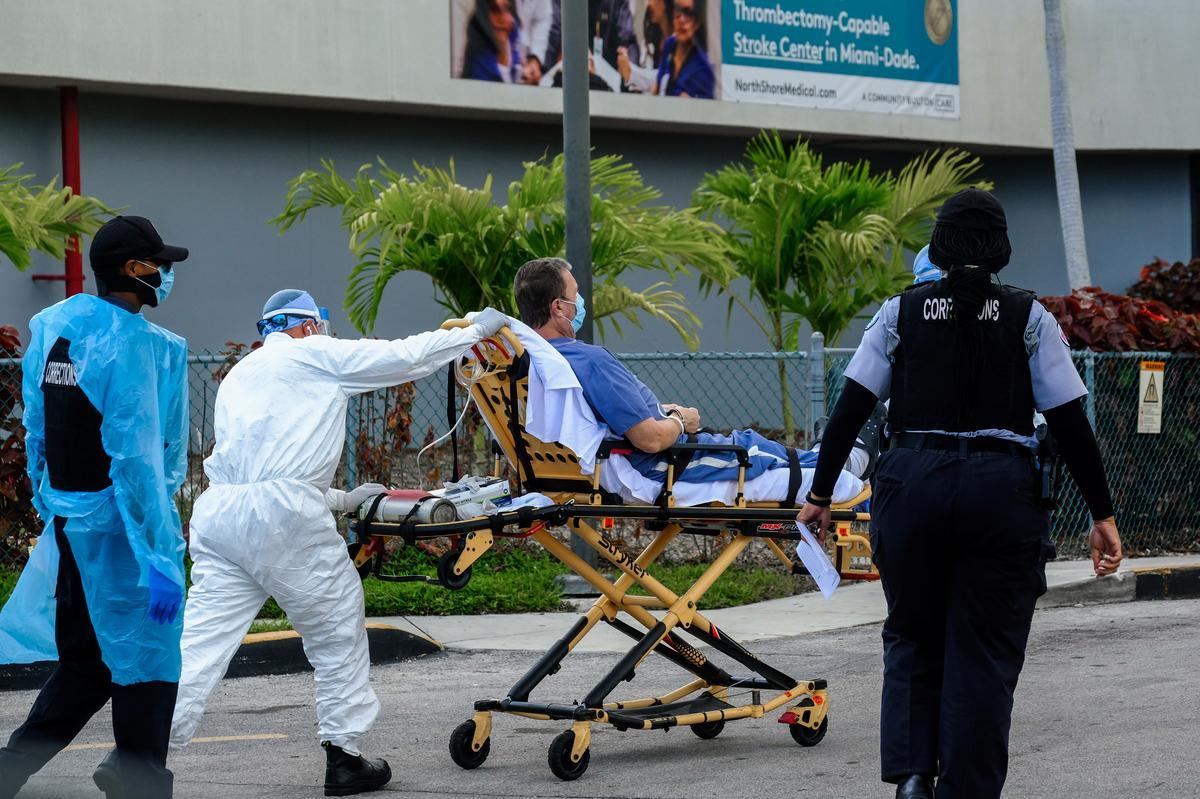