The aircraft took off from the sea off Qingdao at 10:18 a.m. and completed the test flight after flying for about 31 minutues, said state-owned plane-maker Aviation Industry Corporation of China (AVIC).

The successful maiden flight from the sea is a major step forward in the development of this large amphibious aircraft following its maiden flight in 2017 and first takeoff from a water reservoir in 2018, said the AVIC. 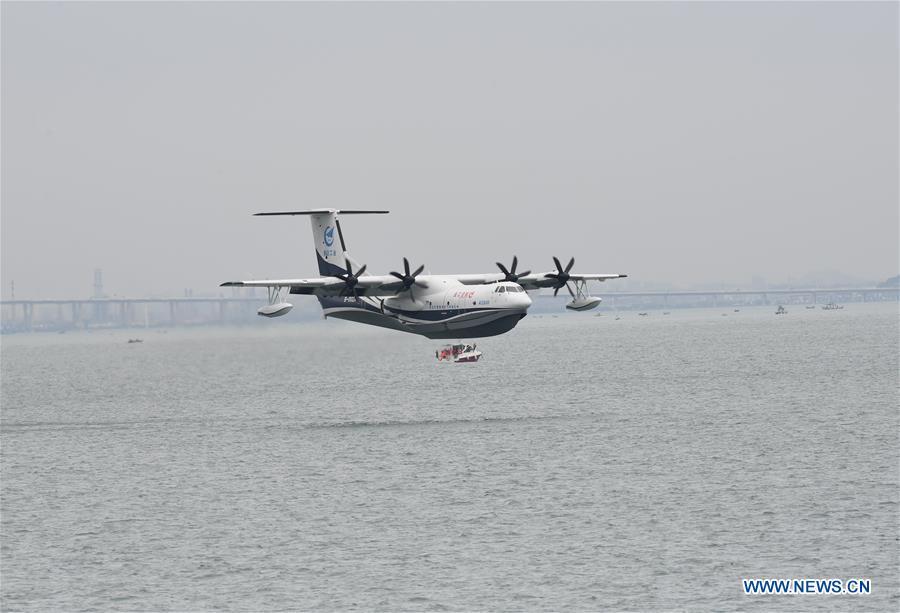