BEIJING, July 27 (Xinhua) -- At 10 a.m. Monday, as required by China, the U.S. Consulate General in Chengdu was closed. Relevant Chinese authorities then entered through the front entrance and took over the premises, Chinese Foreign Ministry said on its website.

On July 24, the ministry informed the U.S. Embassy in China of its decision to withdraw its consent for the establishment and operation of the consulate, a "legitimate and necessary response" to earlier U.S. unilateral provocation of demanding that China close its Consulate General in Houston. 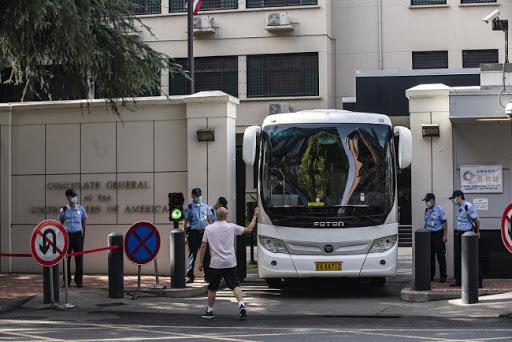