SYDNEY, July 27 (Xinhua) -- Australia recorded its biggest daily jump in COVID-19 cases on Monday, with 549 new infections, as well as its deadliest day, with 10 people passing away on Sunday after contracting the virus.

All of the deaths and almost all of the confirmed cases occurred in the southeastern state of Victoria which in the past month has seen case numbers surge despite the reintroduction of social distancing restrictions.

Victoria's aged care homes have become a particular concern for authorities, with most of those who have died from the virus being in their 70s and 80s.

As of Monday, Victoria had over 600 active cases linked to the aged care industry.

Prime Minister Scott Morrison told reporters that as long as the number of cases with the broader community remained high, the most vulnerable members of the public would be at risk.

"If you want to protect the most vulnerable in our community, that is why (following social distancing procedures) is so important," Morrison said.

However he added that the virus was being spread largely in workplaces, making it vitally important for those who display symptoms not to go to work, and to get tested.

"This is what is driving these numbers up and the lockdown will not end until people stop going to work with symptoms and instead go and get tested," Andrews said.

Meanwhile, the neighbouring State of New South Wales recorded 17 new cases of COVID-1, amid fears that Sydney could see a similar resurgence to what has occurred in Victoria.

Sydney's cases so far involved a handful of restaurants and bars prompting a crackdown and tighter restrictions on hospitality venues. 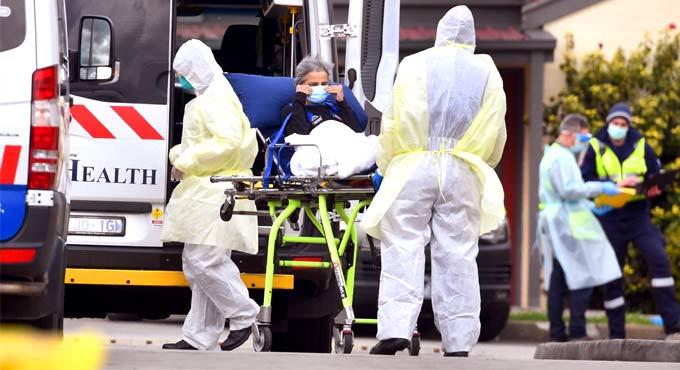