WASHINGTON, July 28 (Reuters) - Five US states in the South and West reported one-day records for coronavirus deaths on Tuesday (Jul 28) and cases in Texas passed the 400,000 mark as California health officials said Latinos made up more than half its cases.

Arkansas, Florida, Montana and Oregon each reported record spikes in fatalities. In California deaths rose by 171, the state's largest increase of the pandemic.

The United States confirmed that nationwide more than 1,200 lives were lost on Tuesday, the biggest one-day increase since May, according to a Reuters tally.

California health officials said Latinos, who make up just over a third of the most populous US state, account for 56 per cent of COVID-19 infections and 46 per cent of deaths. Cases are soaring in the Central Valley agricultural region, with its heavily Latino population, overwhelming hospitals.

Florida saw 191 coronavirus deaths in the prior 24 hours, its highest single-day rise yet, the state health department said.

Texas added more than 6,000 new cases on Monday, pushing its total to 401,477, according to a Reuters tally. Only three other states – California, Florida and New York – have more than 400,000 total cases. The four are the most populous US states.

California and Texas both reported decreases in overall hospitalisations as Dr Anthony Fauci, a top US infectious diseases expert, saw signs the surge could be peaking in the South and West while other areas were on the cusp of new outbreaks. 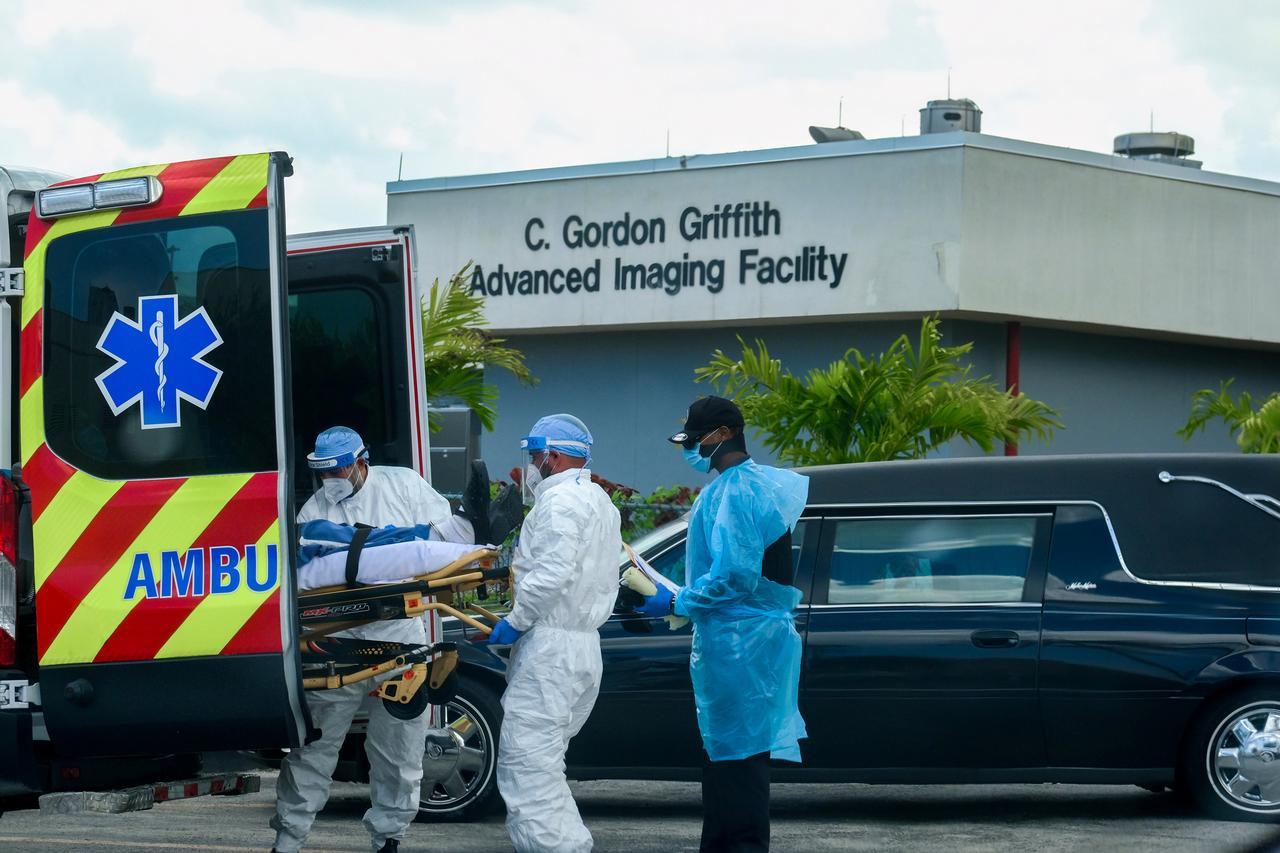