Mr Trump does not have the authority to postpone the election, as any delay would have to be approved by Congress.

Earlier, the president suggested that increased postal voting could lead to fraud and inaccurate results.

He floated a delay until people could "properly, securely and safely" vote. There is little evidence to support Mr Trump's claims but he has long railed against postal voting, which he has said would be susceptible to fraud.

US states want to make mail-in voting easier because of public health concerns over the coronavirus pandemic.

Mr Trump's intervention came as new figures showed the US economy had suffered the worst contraction since the Great Depression of the 1930s. 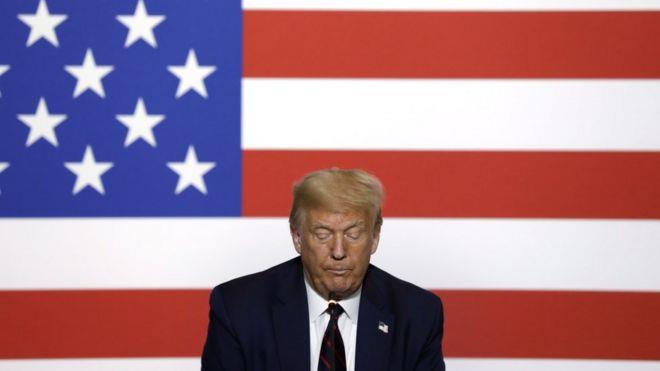