BAGHDAD, July 31 (Reuters) - The Iraqi government said on Thursday that nearly 560 protesters and security forces were killed in months of anti-government unrest that erupted last year.

Iraqi Prime Minister Mustafa al-Kadhimi's new government has pledged to investigate the deaths and incarceration of hundreds of protesters in unrest that unseated the previous government last year.

The death toll is roughly in line with what news outlets and rights groups have reported.

The government will treat all those who died as "martyrs" and each family will be offered 10 million dinars (8,380 U.S. dollars) in compensation, Hisham Daoud, the prime minister's adviser, told media.

Protests began on October 1 and continued for several months, with hundreds of thousands of Iraqis demanding jobs, services and the removal of the ruling elite, which they said was corrupt.

The protests led to the resignation of Prime Minister Adel Abdul Mahdi, who was replaced in May by Kadhimi, a former intelligence chief.

Later on Thursday, a fact-finding committee tasked with investigating the death of two protesters killed on Sunday suspended three policemen and referred them to trial for using hunting rifles against protesters, the interior minister said in a press conference.

The committee found that hunting rifles were used against the two protesters, Othman al-Ghanimi said.

"During the initial investigation, it was proven that this weapon was used by the two officers and a conscript," Ghanimi said, adding that using weapons is a violation of the instructions given to security forces when dealing with protesters.

Clashes erupted between protesters and security forces in central Baghdad on Sunday night, resulting in the death of the two and the wounding of about 26 others.

It was the first deadly incident in months at Tahrir Square, which became a symbol of anti-government protests during months of mass unrest last year. 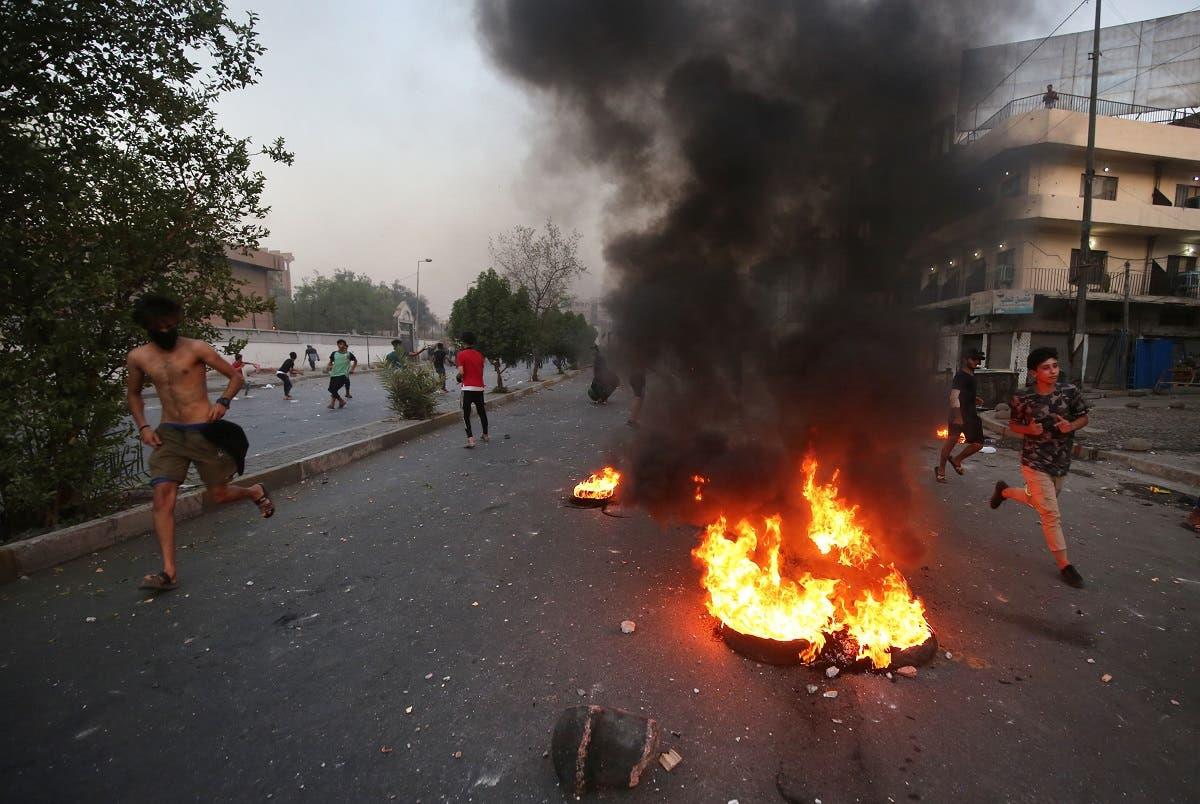