Secretary of State Mike Pompeo's comments came at a regional Asian summit overshadowed by the US-China rivalry over a range of issues, from trade to the coronavirus.

Tensions are also simmering over the South China Sea, with the US last month sanctioning 24 Chinese state-owned companies it said had helped Beijing's military buildup in the resource-rich waterway.

Pompeo said it was time for Southeast Asian governments to reconsider their own relationship with firms working in the sea.

"Don't just speak up, but act," he told the 10 foreign ministers of the Association of Southeast Asian Nations (ASEAN) during an online summit.

"Don't let the Chinese Communist party walk over us and our people."

Vietnam, which is chairing the summit, expressed "serious concern" about recent militarisation of the sea.

"This has eroded trust and confidence, increased tension and undermined peace, security and rule of law in the region," said Foreign Minister Pham Binh Minh.

But the Philippines already said last week it would not follow the US lead because it needed Chinese investment, even as a fresh dispute between the two nations over Scarborough Shoal - one of the region's richest fishing grounds - hangs over the talks.

And Chinese Foreign Minister Wang Yi laid blame on the United States for tensions, claiming Washington was "becoming the biggest driver" of the waterway's militarisation. 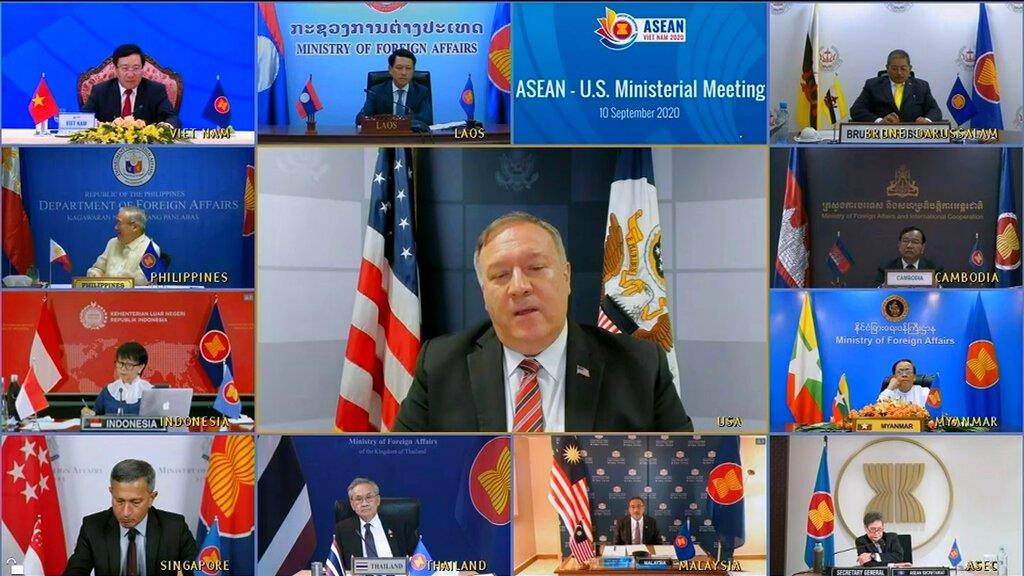