SEOUL, Sept. 11 (Reuters) - South Korea posted a slight uptick in the daily number of its coronavirus cases on Friday (Sep 11) even as infections from a church and a political rally that sparked a second wave of outbreaks ease.

The Korea Centers for Disease Control and Prevention reported 176 new cases as of midnight Thursday, which brought the total infections to 21,919, with 350 deaths.

A fresh wave of infections that erupted at a church whose members attended a large protest in downtown Seoul last month had driven the daily tally to its peak in months at 441.

The numbers had steadily dropped to around 100 since the government imposed unprecedented social distancing curbs late last month, but showed a resurgence this week even as fewer cases arose from the church and the protesters.

Meanwhile, smaller clusters continued to emerge from other religious gatherings, offices and medical facilities in the Seoul metropolitan area. More than 72 per cent of the 161 locally transmitted cases from Thursday were reported from the regions.

Prime Minister Chung Sye-kyun said the consistent outbreaks are deepening concerns about whether the government should extend or ease the distancing rules, including an unprecedented ban on nightly on-site dining in the greater Seoul area, due on Sunday.

"It would be right to lift the restrictions, considering the sacrifices the people are making, but we're as much worried if any hasty easing would lead to a re-spread of the virus and cause even greater pain for the public," Chung told a meeting. 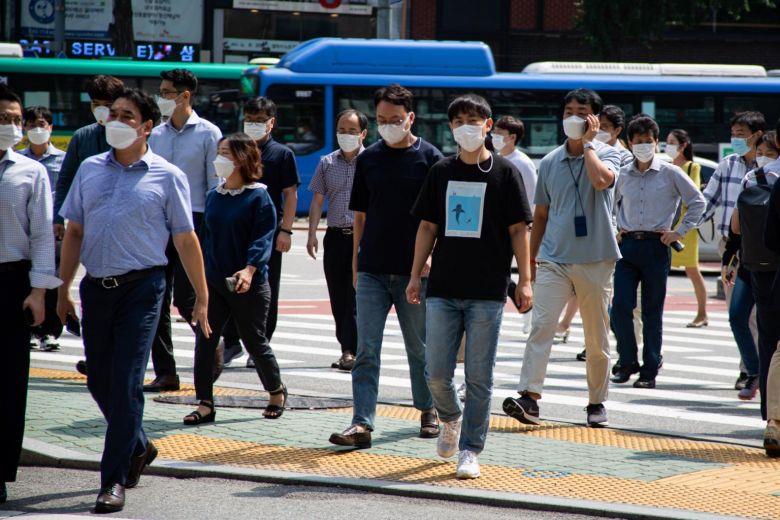