Kim was satisfied with the work carried out by soldiers in Kangbuk-ri, which has turned into "a fine example of socialist farm village" in a short period of time, the report said.

According to the KCNA, Kim ordered the removal of all old and damaged buildings and the rebuilding of new ones after the village was ravaged by heavy rains and strong wind this summer.

During the inspection, Kim said it is imperative to set up a long-term construction goal for the country in a more realistic and planned way and to bolster state assistance to accelerate the development of rural areas.

The DPRK has witnessed the worst summer in decades as part of the country has suffered huge typhoon-induced losses since late August.

Last Friday, Kim inspected a reconstruction site in the flood-hit Unpha County in the province. 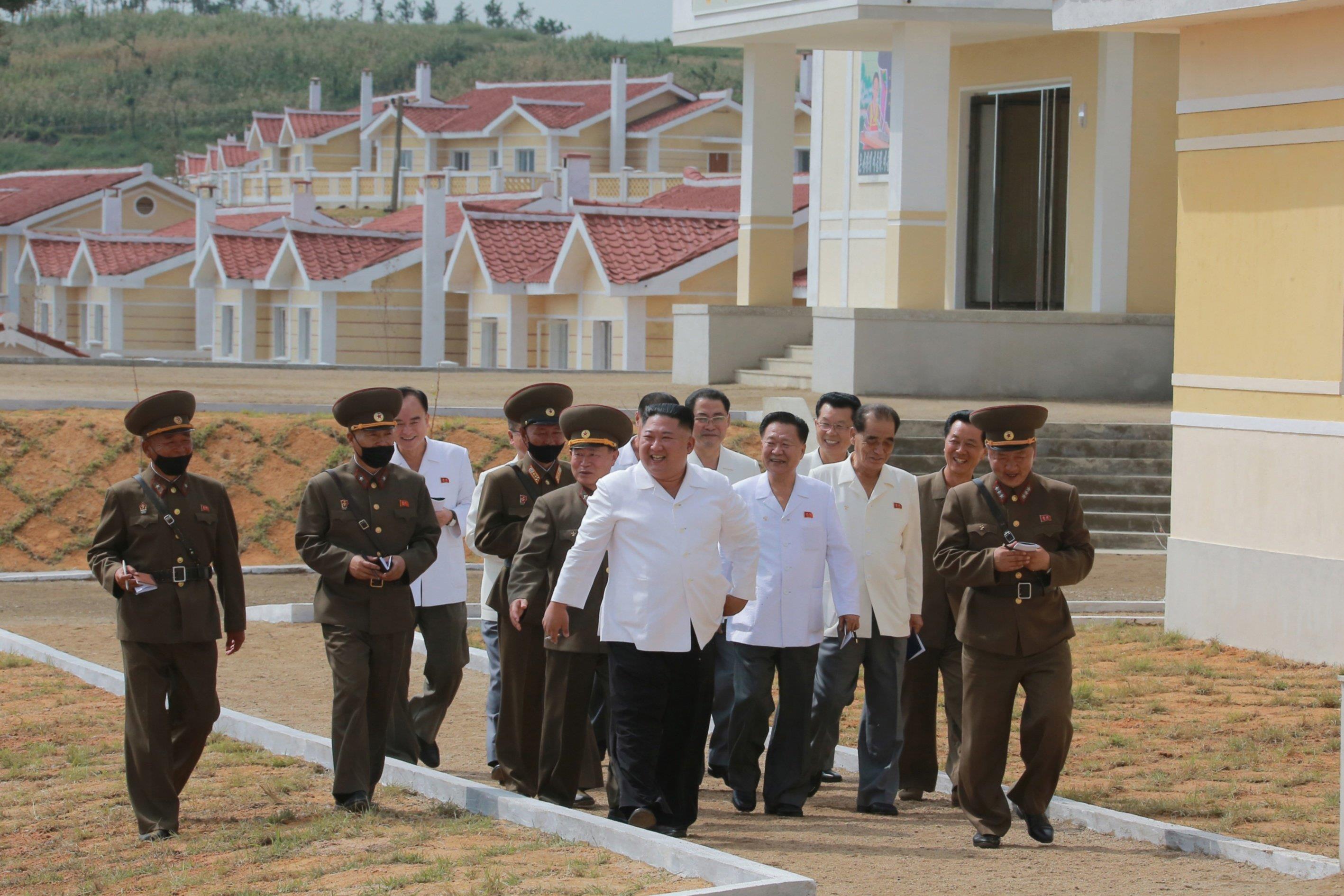