NEW YORK, Sept. 22 (AFP) - US President Donald Trump told the UN General Assembly on Tuesday (Sep 22) that China must be held accountable by the world for its actions over the COVID-19 pandemic.

In a recorded message played to the annual meeting of the UN, Trump accused Beijing of allowing the coronavirus to "leave China and infect the world".

"The United Nations must hold China accountable for their actions," he said.

Trump, who faces a difficult reelection fight on Nov 3, has sought to deflect overwhelming voter criticism of his handling of the pandemic by blaming China.

Broadcast over a large screen in the UN General Assembly hall, the US president effectively transferred his hawkish campaign stump speech to the global stage.

"We must hold accountable the nation that released this plague upon the world," he said.

Trump accused China of only looking after its own interests when the potentially lethal virus first appeared in the city of Wuhan late last year.

And he said "the Chinese government, and the World Health Organization - which is virtually controlled by China - falsely declared that there was no evidence of human-to-human transmission".

"Later, they falsely said people without symptoms would not spread the disease," he added.

World leaders are speaking virtually to the UN session in New York, due to COVID-19 restrictions.

Trump, who has frequently downplayed the risks posed by the virus, had previously said he would visit anyway, before apparently changing his mind. 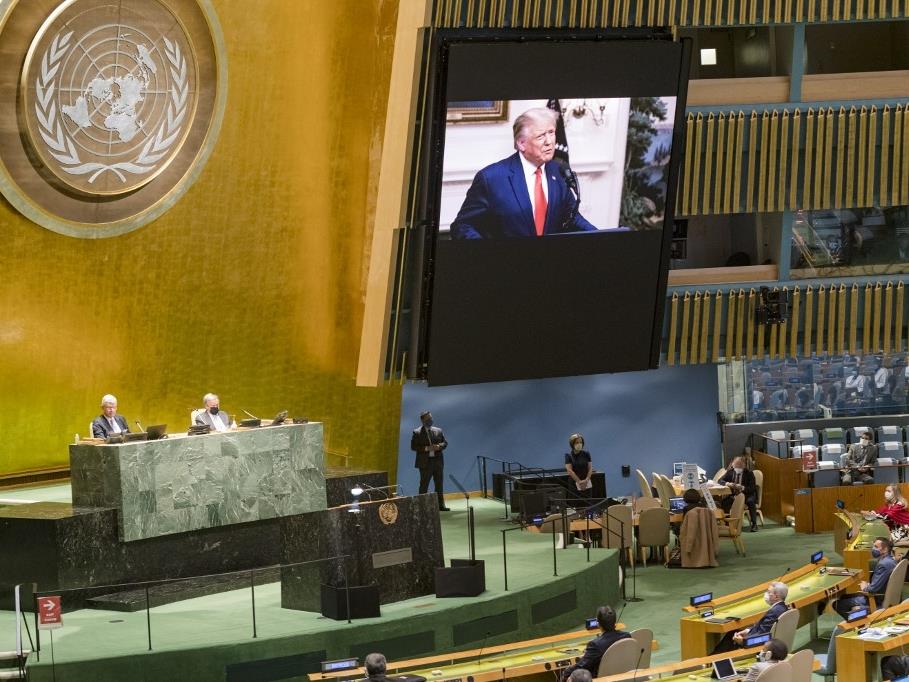