Photo: Taiwan Has Cruise Missiles Capable of Reaching China Stationed at Base in Straits

On September 22, Taiwanese President Tsai Ing Wen paid a visit to Makung Air Force Base, a Republic of China Air Force installation on the Penghu archipelago, which sits in the Taiwan Strait. At the highly publicized meeting, she greeted several F-CK-1C/D Indigenous Defense Fighter pilots and thanked them for their “heroic performance” in deterring dozens of Chinese aircraft that crossed the strait’s median line over the weekend, The Drive reported.

However, clips from the meeting aired by Taipei’s Formosa TV also showed a display of weapons nearby in the hangar that included several Wan Chien (“ten thousand swords”) cruise missiles carried by the air force’s F-CK-1C/D fighters. The indigenously-made cruise missile has a range of 150 miles, according to a US-based think tank, which puts the Chinese mainland, including the metropolis of Xiamen, within striking distance.

Next to the cruise missiles in the display are AGM-84 Harpoon anti-ship missiles, which Taiwanese jets have made a point of carrying on patrols in recent months. The Harpoons are US-made and sold to the Taiwanese government through a backdoor relationship that Washington uses to keep Taipei independent of Beijing.

The People’s Republic of China (PRC) has claimed Taiwan, also called the Republic of China, is a wayward province of China since the PRC was formed in 1949 when the Red Army defeated the republican forces in the Chinese Civil War.

Under US President Donald Trump, US support for Taiwan has ballooned, concurrent with growing hostilities between Washington and Beijing on a number of fronts. Two of the US’ largest-ever weapons deals with Taiwan have been signed or proposed in the last two years: namely an $8 billion purchase of advanced F-16V “Viper” fighters and a $7 billion weapons sale now being discussed by Congress that would include AGM-84H/K SLAM-ER long-range strike missiles, which are modified versions of the Harpoon, and MQ-8B Reaper surveillance and combat drones.

China’s air and sea patrols around the island have increased as well. Over the weekend, a total of 37 People’s Liberation Army Air Force planes crossed the median line in the Taiwan Strait, a sort of informal delineation that Taipei regards as defining the edge of its airspace. The incidents took place during an unprecedented visit by the highest-ranking US official to set foot on the island since Washington switched its recognition of the Chinese government from Taipei to Beijing.

After the incident, Taiwan’s Ministry of National Defense said it had the right to “self-defense and to counterattack,” even though the Chinese aircraft did not violate Taiwan’s territorial integrity.

Chinese Foreign Ministry spokesperson Wang Wenbin utterly dismissed Taipei’s complaints, telling reporters on Monday that “Taiwan is an inseparable part of Chinese territory. The so-called mid-line of the Strait does not exist.” 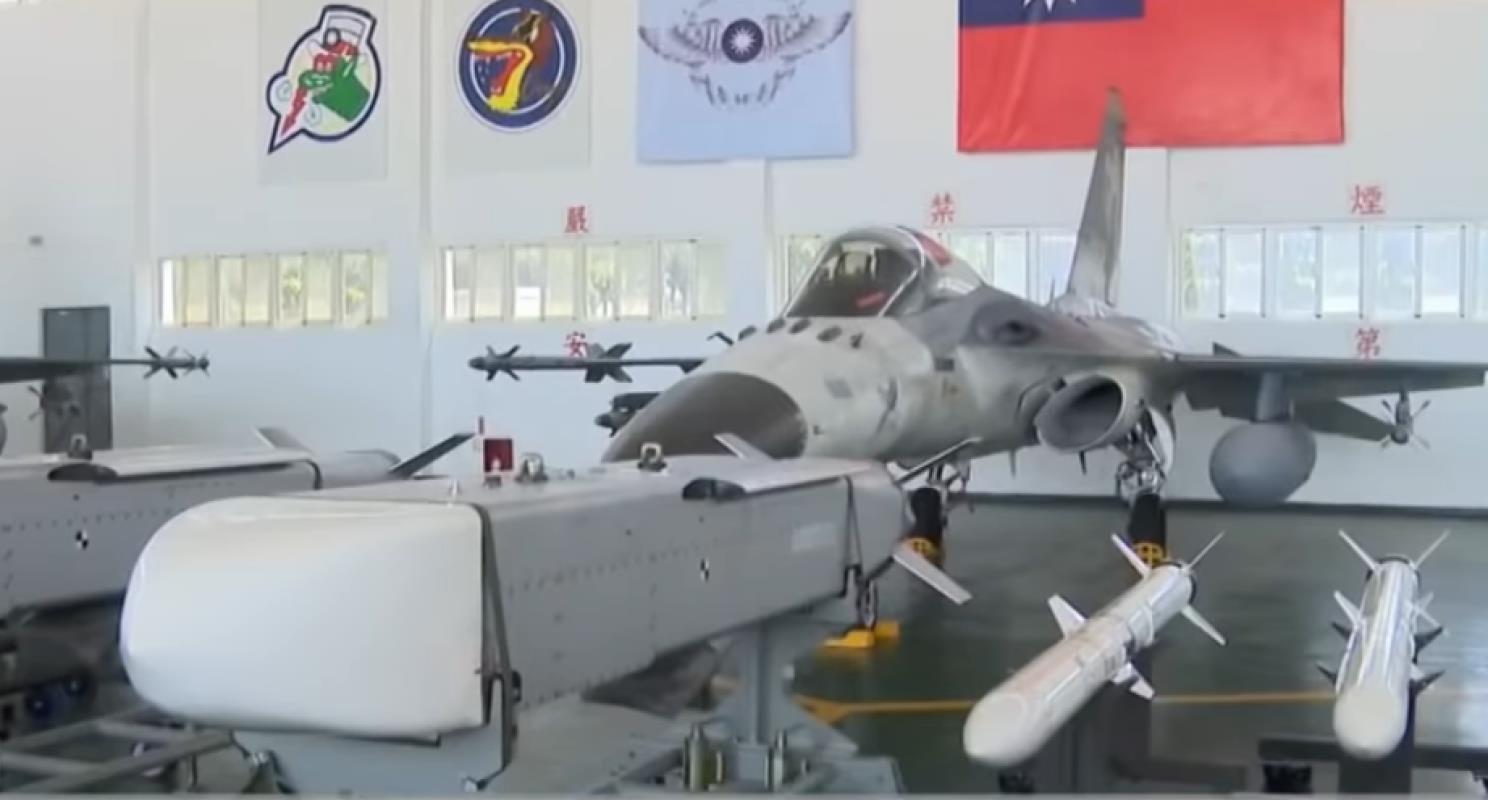