Speaking to reporters after his phone call with Moon, Suga said: "I told President Moon that we cannot leave our relations, which have been hurt by issues including war-time laborers, where they are now.” 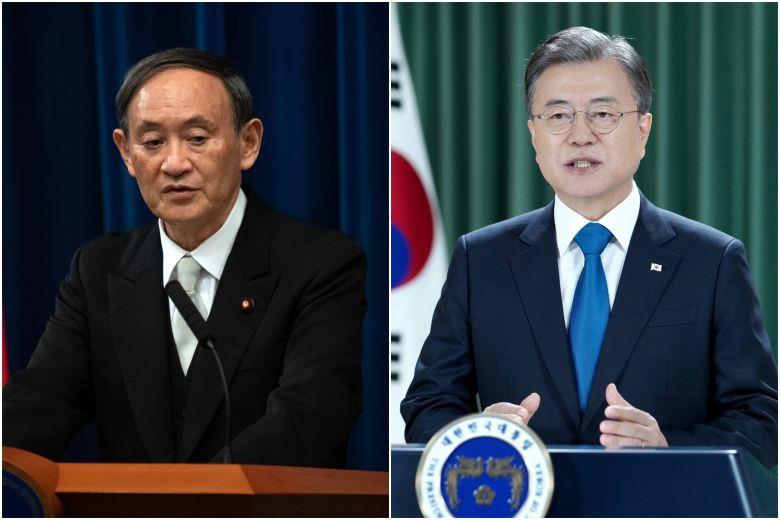