SHENYANG, Sept. 27 (Xinhua) -- The remains of 117 Chinese soldiers killed in the 1950-53 Korean War were returned to China on Sunday from the Republic of Korea (ROK).

Escorted by two Chinese fighter jets, an air force plane carrying the remains and belongings of the fallen soldiers landed at the Taoxian international airport in Shenyang, capital of northeast China's Liaoning Province, at 11:18 a.m.

It is the seventh such repatriation following a handover agreement signed by the two countries.

The remains were casketed in the ROK on Saturday at a ceremony held at a provisional morgue of the 17th army division of the ROK in Incheon, west of the capital Seoul.

Personal seals of three martyrs -- Ma Shixian, Lin Shuishi and Ding Zuxi -- were found in the belongings, providing clues for confirming the identities of the heroes and finding their relatives.

The remains will be buried in a martyrs' cemetery in Shenyang, with a burial ceremony due to be held Monday. The remains of 599 soldiers sent back from the ROK have been buried there between 2014 and 2019.

The Chinese People's Volunteers fought with the army of the Democratic People's Republic of Korea in the Korean War against the ROK army and U.S.-led UN forces between 1950 and 1953. 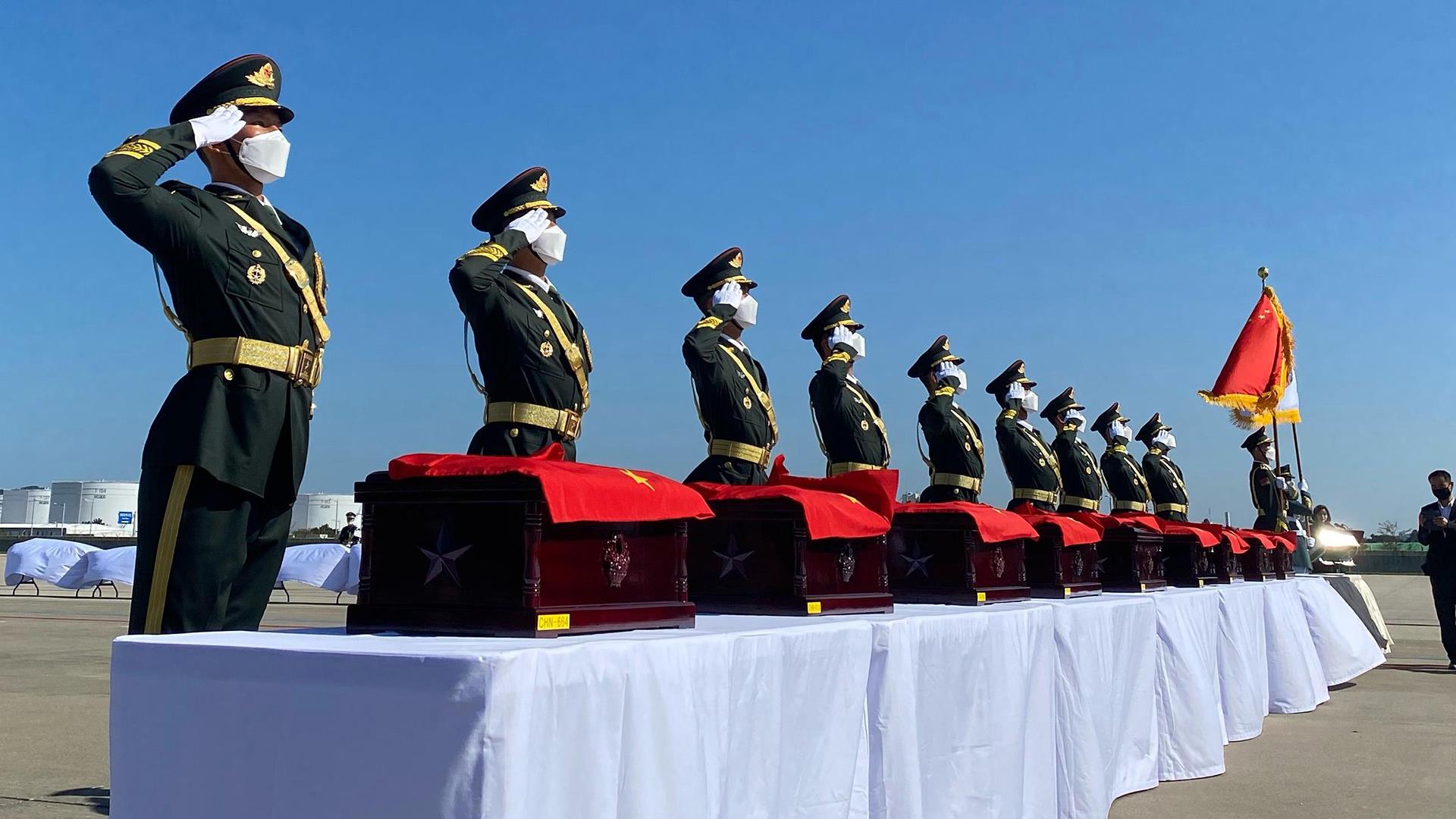