SAN FRANCISCO, Sept. 27 (Xinhua) -- More than 3.6 million acres of land have burned from wildfires in California so far this year, and 26 people have died and nearly 7,630 structures have been damaged or destroyed, according to the Sunday update by the California Department of Forestry and Fire Protection (Cal Fire).

The state's biggest-ever fire, the August Complex in Mendocino, Humboldt and Lake counties, has been active for 41 days and grown to 873,079 acres (about 3,533 square km) with 43 percent containment as of Sunday noon.

The fire burned mainly through forest land, damaging or destroying 56 structures and causing thousands of evacuations. About 1,750 firefighters are battling the blaze.

The North Complex Fire, burning in Butte and Plumas counties, has killed 15 people and damaged 1,147 residential and business buildings. It became the fifth-largest fire in California history on Thursday and burned 305,881 acres with 78 percent containment as of Sunday morning.

A vegetation fire starting Sunday morning in Napa County, Northern California, has burned some 1,200 acres, forcing thousands of people to evacuate, according to an early afternoon update by Cal Fire.

Hot, dry and smoky air is descending on the Bay Area over the weekend, and red flag warnings are in effect until Monday night in the North Bay and East Bay, according to the National Weather Service forecast. 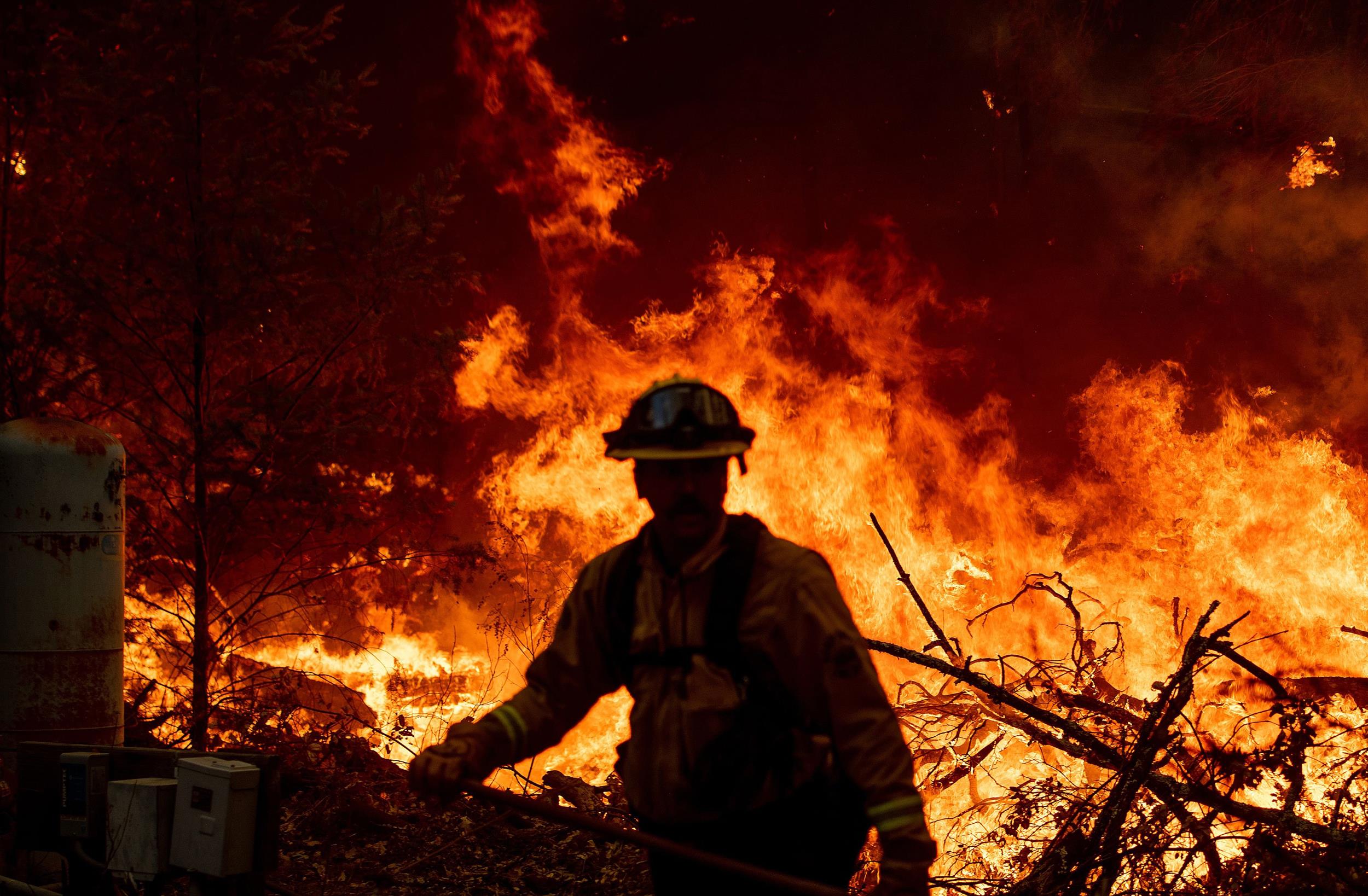