BEIJING, Sept. 29 (Sputnik) - This week, the People’s Liberation Army (PLA) is hosting five military drills at sea: two in the South China Sea, one in the East China Sea and two in the Yellow Sea, one of which is in the Bohai Sea, the waterway’s innermost gulf, Reuters reported. According to the report, many of the drills will feature live-fire exercises.

Just last month, the PLA held similarly large drills, which the Chinese Ministry of Defense said did not target any specific country. However, a US U-2 “Dragon Lady” spy plane flew directly through one of the drills in the Yellow Sea, despite a no-fly zone being established by Beijing as a safety precaution. The Chinese Ministry of Defense blasted the move as “pure provocation,” noting the incident had disrupted the drills and could easily have led to misunderstandings.

This month’s exercises, which will extend into early October, come amid a pronounced uptick in US military activity in the Pacific, particularly in the waters close to China. Sputnik has documented how several American spy plane flights zigzag across the South China Sea and Yellow Sea daily, sometimes disguising themselves as civilian aircraft in an attempt to fool onlookers. The US has also led the huge Rim of the Pacific naval drills off the Hawaiian coast and Valiant Shield exercises in the Philippine Sea near Guam.

Collin Koh, a research fellow from the S Rajaratnam School of International Studies at Singapore’s Nanyang Technological University, told the South China Morning Post that China’s drills aim to demonstrate “resolve in keeping up with peacetime combat preparations in the eyes of both domestic public and external audiences.”

“The move would be primarily directed at the recent spate of US and allied military activities in those areas,” Koh said. “Operationally, it’s to showcase the PLA’s ability to carry out major mobilisation of forces for training across multiple sea areas – which also highlights that the PLA isn’t affected in any way by the pandemic.”

The PLA Navy has been increasingly drilling its first aircraft carrier, the Liaoning, and its newer indigenously designed carrier, the Shandong, together in the Yellow Sea. Meanwhile, its third carrier, known only as the Type 002, is under construction in Shanghai, alongside another carrier and several Type 075 helicopter carriers in various states of completion. The PLA Navy is already larger than the US Navy, with plans to steadily increase in both size and modernization. 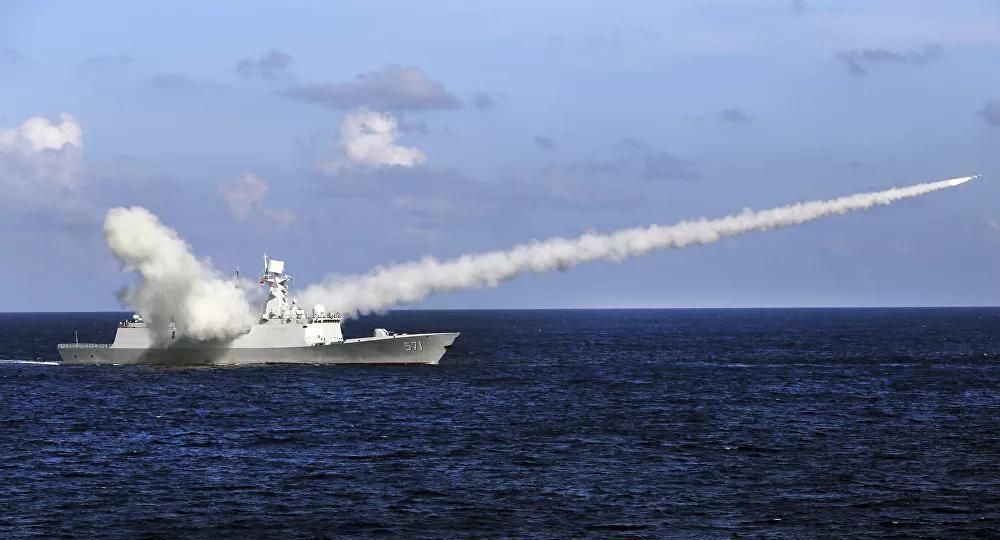