The Ministry of Defence budget proposal released on Wednesday (Sep 30) seeks a 3.3 per cent climb in spending to a record 5.49 trillion yen (US$52 billion) for the year starting Apr 1. Finance ministry officials will review and possibly amend the request before passing it on to Suga's cabinet.

If approved, the plan would continue a build-up pursued by Suga's predecessor Shinzo Abe, that has seen Japan buy planes, missiles and aircraft carriers to give its Self Defence Forces greater range and potency as neighboring China expands its navy and air forces in East Asia.

The latest defence budget request also comes as Japanese policymakers debate whether to arm and train its military to strike distant land targets in China, North Korea and other parts of Asia.

Japan's new proposed jet fighter, the first in three decades, is expected to cost around US$40 billion and be ready sometime in the 2030s. The latest budget request asks for US$731 million for development and research.

Several overseas companies are also vying to join the project as suppliers and partners, including Lockheed Martin, Boeing and Northrop Grumman from the United States and BAE Systems and Rolls Royce Holdings from Britain.

Other proposed purchases include 66.6 billion yen for six Lockheed F-35 stealth fighters, two of which are short take-off and vertical landing (STOVL) B variants that will operate off a converted helicopter carrier.

The military also wants 99 billion yen to build two new compact warships that can operate with fewer sailors than conventional destroyers and ease pressure on a navy struggling to find recruits in an ageing Japan.

It also wants to upgrade early warning radars and ballistic missile defences, and is asking for funds to be put aside for an as-yet undecided replacement for two planned Aegis Ashore radar stations that were cancelled in June due to costs and concerns about the impact on local residents. 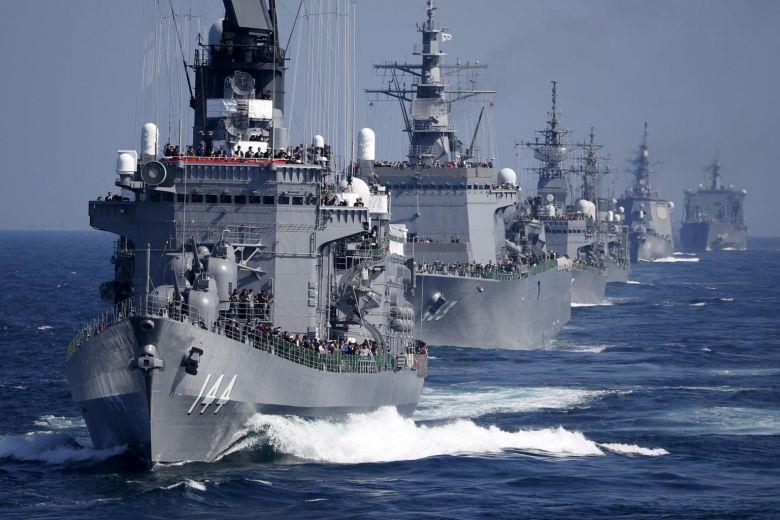