SAN FRANCISCO, Sept. 30 (Xinhua) -- The Zogg Fire burning through Northern California has killed four people, and the Glass Fire is forcing new evacuations in wine counties, according to the updates by the California Department of Forestry and Fire Protection (Cal Fire) on Wednesday.

The Glass Fire burning through Sonoma and Napa counties grew by about 2,000 acres overnight. It has consumed 48,440 acres and was 2 percent contained as of Wednesday morning, Cal Fire reported.

The fire is forcing new evacuations while the fire is still largely uncontrolled, according to Cal Fire. Five people were arrested for being inside Glass Fire evacuation zones without approval, Sonoma County Sheriff Mark Essick said Wednesday.

A total of 115 structures, including 80 homes and a number of winery buildings, have been destroyed, and more than 22,000 are threatened by the fire ravaging Northern California's wine counties, Cal Fire said.

The regions threatened by the Glass Fire include Santa Rosa, which suffered huge destruction from blazes in 2017.

The Bay Area is expected to get slammed again with dry, gusting winds and hot temperatures on Thursday. The National Weather Service announced a Red Flag fire-danger warning for the North Bay mountains and areas around the Glass Fire starting Thursday afternoon.

According to the Bay Area Air Quality Management District, a Spare the Air alert remained in effect Wednesday morning as air quality was rated "unhealthy" for much of the Bay Area, with high levels of pollutants detected in North and East Bay skies, a San Francisco Chronicle report said. 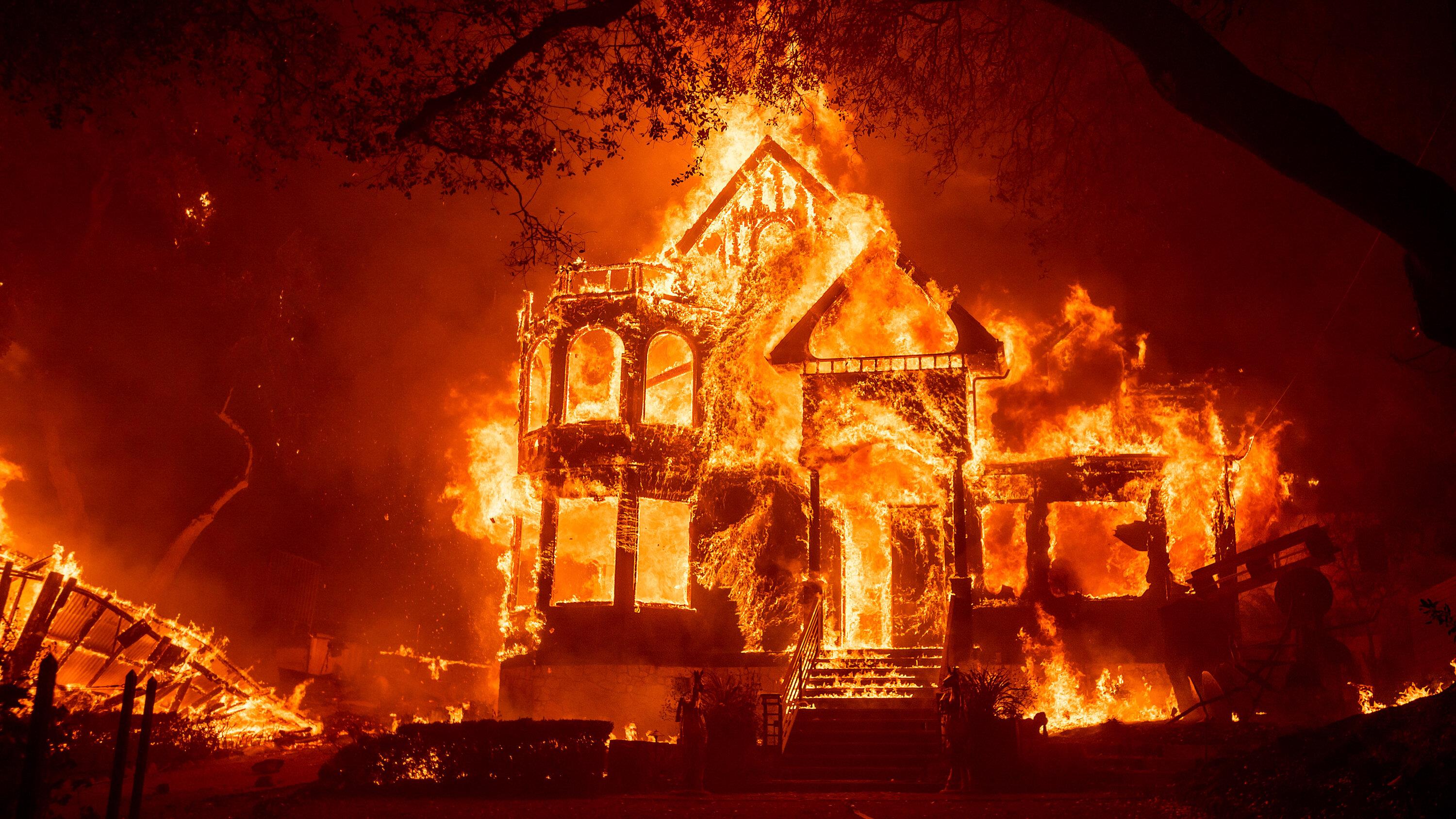